A Composer’s Experience of Workshops 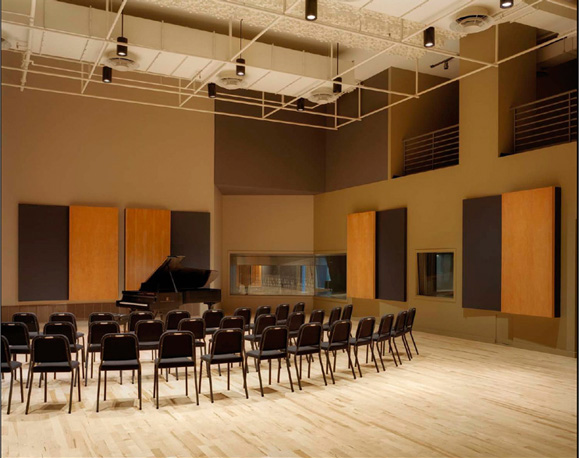 Here is a caricature that some readers may recognize:

He looks at the piece with a sense of unease; it is very technically demanding. The composer is looking at him expectantly. The workshop is open to the public. At his feet lie ten more pieces. When he received them he also had a mountain of music for pressing professional engagements to learn. He has a genuine interest in new music but he’d been given so much to play at this workshop that he couldn’t possibly practise it all.

He has expended a great deal of creative energy on the piece. In his imagination he can hear the best performers playing after rehearsing it in great detail. He knows it is difficult, but isn’t a lot of repertoire difficult? Anyway, he has heard of the workshop players, knows of their reputation as performers and so has high hopes. Perhaps he dreams that they will like his piece so much that they offer to perform it properly. When he is in the workshop the piece does not sound as well as he had expected, but he feels tongue-tied, too polite or nervous to say anything that might sound too critical.

I’ve attended quite a number of workshops over the course of the last twenty-odd years. They have ranged from encounters with single instrumentalists, to chamber groups, choirs and full symphony orchestras. Some have been question-and-answer sessions about instrumental technique. More often, and perhaps most familiar to composers here, is the scratch rehearsal of a newly written piece, a process I have tried to capture from both sides in the caricature above.

I should say here and now that I have always been grateful for the opportunities offered to me by workshop days, even if I have become increasingly used to the sense of disappointment that they can engender. I think much of this can be put down to their almost adversarial ‘them and us’ nature. The performers, of course, take the event very seriously. Their professional reputation is on the line; they are being asked to perform very difficult music in public with little or no rehearsal time. It is nearly impossible to imagine them doing this in any other situation. It is, therefore, easy to see how they might begrudge a composer writing music that, frankly, might expose or embarrass them. And, of course, sometimes the fault will lie with the composer. For example, I once saw an orchestral musician refusing to play any more col legnos on a composers’ day, saying that their bow had cost a fortune and that he was sick of its excessive use in brassy textures where it couldn’t be heard anyway.

And the pressure on the composer, especially the young student composer, is not exactly easy to bear either. For some it will be their first time working with these gods called ‘professional players’, people who earn a living entirely from music (and how many composers can claim to do this?). They worry about their mistakes, about asking stupid questions, that their piece will not work. And it is this last thing that worries me most. In a small number of unfortunate situations I have found the experience of hearing my music played badly less helpful than not hearing it being played at all. Happily, I had a eureka moment very early on that allowed me to put this sort of thing into context. I had written quite a difficult piece for a friend, who practised it thoroughly and performed it brilliantly. It won a prize. I then put it in for another competition, which was preceded by a workshop. The player read it through in public and, as he did, I could feel myself turning hot with embarrassment. It in no way resembled the piece I had written. If I hadn’t had the earlier experience I probably would have ripped it up. What I am saying may sound unappreciative or just downright ungrateful. I don’t mean it to. Players are not always in control of workshop timings, have other commitments and are, possibly, just as frustrated at not being able to be as helpful as they’d like. But even given this, surely there must be something we can do to make workshops more consistently useful for composers?

I don’t think there are easy answers in a world where composers are so numerous and arts budgets so small. However, here are a few thoughts.

The best workshops will always cost more money. That is an inevitable fact of life. But if I were forced to select one guiding principle that should lie at the bottom of even the most ordinary workshop it would be that of collaboration:

The composer met and chatted with the performers before the workshop. They’d leafed through the music, the composer saying what he was keen to hear. The players pointed out some difficulties and made suggestions. An informal agreement was reached on the direction of the workshop. The workshop itself was relaxed. The composer’s expectations had been tempered by the realistic comments of the players beforehand. But he found it easy to make suggestions and to ask to hear things again; no one felt threatened.

Even given financial limitations, would this really be that difficult to achieve?