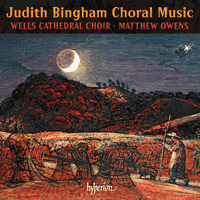 August sees another round of centenary releases, many of which revisit older recordings, either in the form of new collections or remasters.

Decca’s seminal 1963 recording of Britten’s War Requiem has been rereleased in a new version that uses the original tapes and early LP pressings. They have somehow managed to squeeze the entire War Requiem onto one CD or, if you have the equipment, a 24bit Blue-Ray disc. The second disc contains recordings of the composer in rehearsal, a historical document that will interest many. EMI have released a six CD collection of vocal works by Britten that includes performances, some of which date back to the 70s, of all of his orchestral song cycles: Les Illuminations, Our Hunting Fathers, Serenade, Nocturne, Phaedra and the astonishingly precocious Quatre Chansons Français, written when the composer was just fourteen. It also includes a number of folksongs, sonnets and canticles. On Signum Classics, meanwhile, there is a live recording of the Aldeburgh centenary production of Peter Grimes, featuring Alan Oke as Grimes, Giselle Allen as Ellen Orford, the Chorus of Opera North and Guildhall School of Music and Drama and the Britten-Pears Orchestra conducted by Steuart Bedford.

Lutosławski has, somewhat unjustly, received rather less attention than Britten this year. Naxos, however, have been steadily putting this right with a series of recordings, some of which I have commented upon in earlier roundups. They have now bundled these into a 10 CD box set. It includes many of his major works: the four symphonies, Jeux Venitiens, Chain I, II and III and the Piano and Cello Concertos. Whilst the majority of these are performed by the Polish National Radio Symphony Orchestra under Antoni Witt, the tenth ‘bonus’ disc reveals an important historical document worth the purchase price of the collection by itself: the final recording of Lutosławski in concert, here directing his Partita, Interlude, Chains I and II I and Chantefleurs et Chantefables.

Not a centenary composer, but one whose death last year makes him worthy of tribute, Hans Werne Henze is the subject of a new 16 CD boxed set featuring the complete recordings made by Deutsche Grammophon. As such, it is not a definitive collection; out of the ten symphonies by the composer, for example, it contains only numbers 1–6. There are, however, a number of other important works, notably his opera The Young Lord and his requiem for Che Guevara The Raft of Medusa.

If you would like a sanitised view of 20th century music, look no further than Decca’s new 3CD The Essential 20th Century. It contains some curious choices. Whilst I wouldn’t quibble with such works as Vaughan Williams’ Fantasia on a Theme by Thomas Tallis, Stravinsky’s Sacre or Ives’ 3 Places in New England I do wonder why they would include Eric Coates Dam Busters or John Williams’ Theme from Schindler’s List. I like both works but would call neither ‘20th Century Classics’. There is the occasional nod towards the more challenging, but even this can feel like tokenism. Schoenberg, for example, is represented by his 1897 String Quartet in D major, not even written in the twentieth century and not remotely characteristic of his oeuvre. Having said this, however, there’s enough meat amongst the lollipops to perhaps make this a useful introduction to those whose listening habits struggle to pass 1900. A present for sceptical friends and relatives, perhaps?

NMC this month will release a new disc of chamber music by Alexander Goehr. It features his Since Brass, Nor Stone for percussion and string quartet, …around Stravinsky (based upon the early Pastorale), Quintet for clarinet and strings, manere (based upon a medieval plainchant) and Large Siciliano. As sometimes happens on NMC, the disc has appeared on the website but the audio clips are not yet playable. This will change shortly. Hyperion, finally, has a new disc featuring the choral music of Judith Bingham, performed by Wells Cathedral Choir, Jonathan Vaughn on the organ and conducted by Matthew Owens. Highlights from the disc are available on the website and you are can download one track, Ave verum corpus, for free.