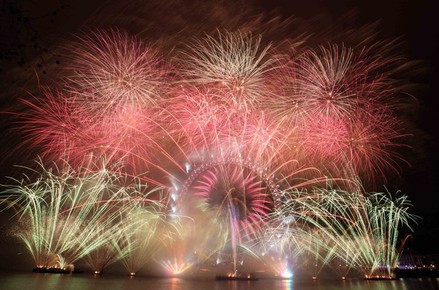 Happy New Year to all! Here’s a little preview of what 2012 holds for contemporary music, minus December (for my thoughts on that, see here). I don’t pretend for a minute that this is comprehensive; details are harder to come by as the year progresses, many of my selections are subjective and, besides, I am bound to have missed some pearls…

24th Wolfgang Rihm at 60. A celebration of his work given by the London Sinfonietta. Queen Elizabeth Hall, London.

28th-29th Total Immersion: Jonathan Harvey. The BBC Symphony Orchestra celebrates the life and work of the composer with concerts, films and talks at the Barbican, London.

24th-26th Off The Page. The UK’s only literary festival devoted to music criticism and audio culture. Produced by Sound and Music. The Playhouse Theatre, Whitstable.

13th Harrison Birtwistle world première of Fantasia on all the Notes. Nash Ensemble at Wigmore Hall.

17th Total Immersion Brett Dean. A celebration of the composer’s work given by the BBC Symphony Orchestra.

28th Arvo Pärt Total Immersion. The BBC Symphony Orchestra celebrates the life and work of Arvo Pärt in a day of concerts, films and talks at the Barbican.

12th George Benjamin Portrait. A concert of the composer’s music given by the London Sinfonietta. Queen Elizabeth Hall. ht

1st IRCAM Festival, Paris. Opening concert given by the Orchestre de Paris and inaugurating a large portrait of Philippe Manoury in celebration of his 60th birthday.

8th-24th 65th Aldeburgh Festival of Music and the Arts.

7th-25th Buxton Festival 2012. Will include a performance of Britten’s Turn of the Screw.

9th-2nd September. Edinburgh Festival. Usually is plenty to interest musicians, though details are limited on the website preview page.

Vale of Glamorgan Festival. Dates to be confirmed.