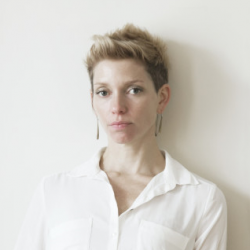 I was knocked sideways this morning when catching up on the latest Proms ‘première’ (actually it had already been performed twice on the NYO tour), Tansy Davies’s Re-greening. I expected urban grunge, the cliché that is oft applied to her music. Instead we got less urban, more urbane.

Alert: spoilers ahead! Follow this link to listen to the piece.

Davies explained before the performance a little about how the work was put together, the first novelty being that its 7-minute span is conductorless. Instead the work is constructed around a series of evenly spaced events with players within the orchestra initiating the material. Even given precise planning, such freedom presents dangers, especially in an orchestra as generously proportioned as the 164 member NYO. Not only did the ensemble make light of these challenges, hearing them do so was intrinsic to the success of the work.

164 young players responding to each other, acting together to produce a work without external control, somehow got to the essence not only of what the NYO is about, but what youth music making in general is about. Many young players, including those in this fine orchestra, will go on to non-musical careers, but the spirit of self-reliance, self-discipline and team cooperation that was magnified in this music are also life lessons. If local politicians realised this then maybe they wouldn’t be so keen to take the knife to free instrumental tuition.

In purely musical terms I’m not sure how pick my superlatives, so deeply did the work impress me. It was a risk, especially, to ask the orchestra to sing, even more so to make use of something as tweely bucolic as Summer Is Icumen In and the heavenly but well-worn (see Britten’s Noye’s Fludde, for example) Tallis Canon. But it was the juxtaposition of the familiar and strange that made the journey so compelling, the found ideas set in sharp relief against dashing bursts of bright woodwind and strange, ravishingly orchestrated chords that for a moment seemed to join heaven with earth.

The piece was a triumph, further proof of the vibrancy, the absolute necessity of contemporary music. I’ve often banged on about how there’s something for everyone in our multi-faceted new music scene. At the Proms the evidence has been everywhere. We’ve had the brash showmanship of Gary Carpenter’s expertly crafted Dadaville; the more introspective and challenging landscapes of HK Gruber’s into the open… and Luke Bedford’s Instability; the tonal delights of Hugh Wood’s Epithalamion; and the rich thematic and harmonic world of MacMillan’s Symphony No.4. Good grief, on 7th we even had the treat of a Messiaen world première, the fairly recently discovered (and more recently orchestrated) Un oiseau des arbres de Vie (Oiseau tui). One can’t help but feel that we’re living in some kind of golden age, such is the array of delights on offer.

If you’ve missed out on any of the premières I urge you to visit BBC iPlayer or the Proms website. The easiest way to do it, in fact, is via the links in this blogpost, which takes you directly to the relevant website page. (Be aware that, however, that I also missed a few premières in the 25th July link: Shiori Usui’s Ophiocordyceps unilateralis s.l., Betty Jolas’s Wanderlied and Joanna Lee’s Hammer of Solitude.)