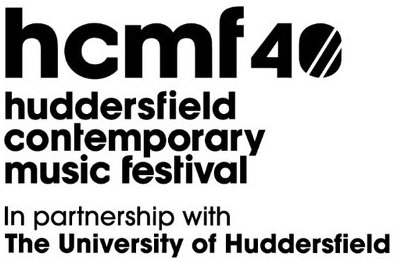 One of the first works featured will be rock guitarist Lou Reed’s Metal Machine Music, a work that, once regarded as a joke, has now been hailed as a ‘visionary classic.’ It is the starting point for a a guitar thread that runs throughout the festival, including debuts from Belgian group Zwerm, guitarist Clara de Asis and in a new work by James Dillon that prominently features the instrument.

Other highlights include UK premieres of works by Brian Ferneyhough and a world premiere from Rolf Hind as well as new works from British composers Laura Bowler, Laura Cannell, Kit Downes, Lauren Sarah Hayes and Laurence Osborn. There will also be a concentration on two American figures, Pauline Oliveros and Linda Catlin Smith.

Mentioned in my last round-up, but worth reiterating since the bulk of the events take place in November is Wien Modern (30th October—1st December). It comprises some 48 productions, 90 events and over 50 premieres.

Also beginning in October with performances at Glyndebourne is a new run of Brett Dean’s well-received (back in June, see here) Hamlet (21st–27th Oct). November, however, sees the opera touring, with performances at Canterbury (3rd Nov), Norwich (17th) and Milton Keynes (24th) and one final date in December (1st) in Plymouth.

ENO perform Marnie, a major new commission by Nico Muhly and the second by the American composer following Two Boys back in 2011. The libretto, by Nicholas Wright, is based upon the novel by Winston Graham. The synopsis is as follows (from the ENO website): ‘Marnie is a compelling psychological thriller set in England during the late 1950s. A young woman makes her way through life by embezzling from her employers, before she moves on and changes her identity. When her current boss Mark Rutland catches her red-handed, he blackmails her into a loveless marriage. Marnie is left with no choice but to confront the hidden trauma from her past.’ Performances run from 18th November to 3rd December.

Other premieres worth seeking out include a new work by Ben Smith at the opening of Series 3 of Borough New Music on 7th in St. George the Martyr, central London; John Croft’s Lost Work, performed by BBC SSO in Symphony Hall, Birmingham on 17th; new works from Nik Bärtsch and the OPUS 2017 competition winner (as yet unannounced) played by the Britten Sinfonia at Wigmore Hall also on 17th; and Arlene Sierra’s Nature Symphony, with the BBC Philharmonic at Bridgewater Hall on 25th.

Don’t hang around, finally, if you are interested in booking tickets for performances of Stockhausen’s Stimmung and Cosmic Pulses at the Barbican on 20th November. The concert marks 10 years since the composer’s death and is likely to sell out quickly.