A view from Spain and May CD Roundup 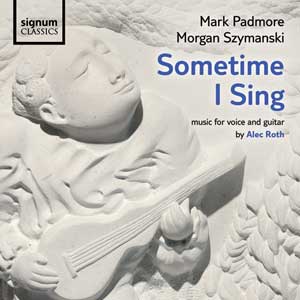 I’ve just come back from a trip to southern Spain, visiting such wonderful places as the Mezquita at Córdoba, the Alhambra at Granada, Seville Cathedral, Ronda and even hopped over briefly to Tangier in Morocco. The surprise was Málaga, a beautiful city that is not obviously so when viewed from the outskirts. It was there I met briefly with a composer colleague based in the city.

I have long hankered after the idea of moving to Spain. Anyone who talks to locals for any length of time will eventually hear the words ‘La Crisis’, a phrase used to describe current economic circumstances. If here in the UK we sometimes bemoan the opportunities on offer, then visiting another country can remind us just how lucky we are. Contemporary music in Spain seems to be suffering badly in the straightened economic times, with very little funding available for the promotion of the art and with a great deal of indifference shown by audiences. I was advised to stay where I am.

The conundrum of place – where to live whilst plying one’s art – weighs heavily with me. A composer needs the support system typically offered by a big city; the presence of other musicians and the opportunities that this affords. I find no pleasure in big cities. Some composers, of course, manage to strike a balance or even, like Maxwell Davies, heroically turn apparently barren musical ground into an oasis to which others come in pilgrimage. We are not all, perhaps, so well equipped to do this. Is it better therefore to live in a place that makes us unhappy but gives us opportunities, or to be happy in one’s surroundings but feel musically isolated? I suppose there is a certain heroism in being a lonely Nancarrowesque figure, writing for oneself. Music, however, is essentially collaborative and the danger in isolating oneself is that one stops feeling that creating is even worthwhile.

Whilst I’ve been away there have been a few new CD releases that I am only just catching up on.  There are two new discs on Signum Records. The first, Sometimes I Sing by composer Alec Roth, is a haunting disc of music for tenor (Marc Padmore) and guitar (Morgan Szymanski) to texts by Thomas Wyatt, Vikram Seth, John Donne and Edward Thomas. The music has a jewel-like simplicity that owes much to folk idioms. Padmore’s singing is mesmerizingly beautiful. The second is another new recording of Le Sacre du Printemps, this time programmed with Ravel’s La Valse and Mother Goose. It is performed by St. Petersburg Philharmonic under Yuri Termirkanov. Both discs are available on Spotify.

Musical Opinion has called Portuguese composer Luís Tinico works ‘as engrossing as they are entertaining’. Naxos has released a disk of his orchestral and vocal-orchestral pieces: Round Time, From the Depth of Distance, Search Songs and Canções do Sonhador Solitário. They are performed by Orquestra Gulbenkian under David Alan Miller. Bob Chilcott, that most loved and performed of contemporary choral composers, also has a new album on Naxos performed by the Wellensian Consort under Christopher Finch. It includes This Isle is Full of Noises, The Lily and the Rose, A Little Jazz Mass, I Share Creation and Aesop’s Fables.

NMC’s debut disc series continues this month with a new album that showcases Joseph Phibb’s writing for voice and chamber groups. It’s centrepiece, The Canticle and the Rose, sets a series of poems by Edith Sitwell for soprano and string quartet. From Shore to Shore is for countertenor and guitar and sets a series of old and new poems on the subject of the sea. There are also two instrumental works: Flex, for piano, flute, viola and cello and the short string quartet AGEA.