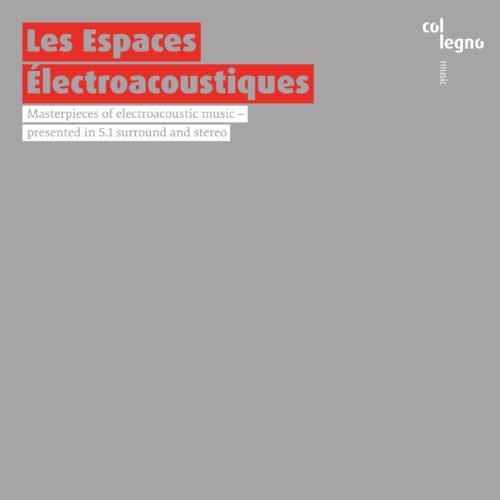 NMC has released a couple of new albums: a varied selection of music by Rolf Hind, including his Viola Concerto, chamber works and I am I Say, for soprano, bass and children’s chorus; and a disk of orchestral works by Simon Holt.

Naxos, meanwhile, has new recordings Jennifer Higdon’s Viola and Oboe Concertos and her orchestra suite All Things Majestic; as well as new additions to the Dutilleux catalogue in the form of a new recording of his Second Symphony, Mystère de l’instant and Timbres, espace, mouvement.

Col Legno, finally, have released a rather interesting disk of classic electroacoustic works. It includes such well-known pieces as Varèse’s Poème électronique, Ligeti’s only two contributions to the genre Glissandi and Artikulation; Jonathan Harvey’s Mortuous Plango, Vivos Voco; as well as works by Berio, Lachenmann Maderna, Boulez and Ferneyhough. These are not new recordings, of course—in many cases this would be difficult to achieve, the original documents being, in a sense, unrepeatable—but remasters. Some of the works, for example, can be heard for the ‘first time in surround sound in order to show the relevance of the spatial presentation of works intended for multichannel speaker configurations or complex setups of speakers distributed in space.’ This makes them a must for anyone interested in this repertoire.