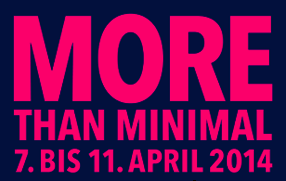 It’s been a busy couple of weeks: leaving one of my jobs, moving house and preparing to leave the country. I shall be spending a month in the lovely city of Basel, continuing my research into French Composer Henri Dutilleux at the Paul Sacher Foundation. I hope my blog posts next month might reflect some of this local colour.

My trip to the city coincides with Basel Symphony Orchestra’s More than Minimal concert series. Works on offer include: Michael Nyman’s Prospero’s Books, Trombone Concerto and The Draughtman’s Contract; Philip Glass’s Cello Concerto, Naqoyqatsi, Plutonian Ode and Mishima; Arvo Pärt’s These Words and The Banishment; and John Adams Harmonielehre. For those not in Basel, the orchestra will be touring these works around the UK at the end of the month, with concerts in London, Basingstoke, Cambridge and Cardiff.

Also in Switzerland, the Lucerne Festival at Easter takes place from 5th – 13th April. There’s not, sadly, much contemporary music on offer, though one concert does stand out: the world première of Riccardo Panfili’s The Last Land which will be performed by the Human Rights Orchestra Ensemble together with students from the festival on 12th.  Also on this day there will be the opportunity to hear works by Bartók and Ligeti.

Oliver Knussen and BCMG are spending some time in the States this month, where they will perform in the Library of Congress, Washington on April 8th and 11th.  Their programme includes Knussen’s Ophelia Dances, Ophelia’s Last Dance and Cantata; Niccolò Castiglioni’s Tropi; Ruth Crawford Seeger’s Three Songs; Elliott Carter’s Epigrams; and Marc Neikrug’s Piano Trio. There are also two new multimedia works in the US: Life, Love and Death on 11th April and Bora Yoon’s Sunken Cathedral 23rd.

In the UK, there is a John Woolrich 60th birthday celebration with the London Sinfonietta on April 6th, with the chance to hear his In the Mirrors of Asleep; Evnvoi and Farewell; Watermark; A Dramolet at St John’s Smith Square. ENO also mount a major new production of Thomas Adès’s precocious Powder Her Face, an opera that ‘charts the glamorous rise and seedy fall of the notorious socialite beauty, Margaret, Duchess of Argyll.’ Performances run from 2nd – 19th April. New works, finally, to look forward to in April include John Casken’s Oboe Concerto at the Bridgewater Hall, Manchester on 10th; a concert of new saxophone and piano works in Cambridge on 6th; and the first performance of Codebreaker, James McCarthy’s exploration of the life of Alan Turing, performed at the Barbican on April 26th.