Are some record labels using streaming to rip off listeners? 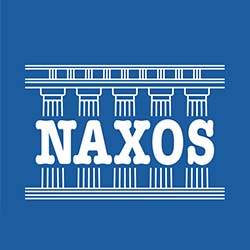 I was enormously impressed to find Naxos disks available on Apple Music. Since starting to use the service, however, I’ve noticed a curious thing. Last month some albums that I had enjoyed and mentioned in a previous post – a disk of Piano Trios by Benet Casablancas, Bright Sheng’s Night at the Chinese Opera and a programme of music for winds by Chen Yi – mysteriously disappeared from my Apple Music library. I kept receiving this message:

I initially put this down to a bug in the software – I’ve experienced quite a few other issues with Apple music over my free trial period: dropped tracks, duplicate entries, search stops working, ongoing problems with iTunes Match, weird inconsistencies in the length of composer’s biographies (compare, for example, that of Mozart with the aforementioned, and comparatively unknown, Bright Sheng). Enough, in fact, for a separate blog post that would act as a bit of a corrective to my favourable review of Apple Music.

This month there was a bigger gap than normal between my checking out recent releases and writing about them. As usual I’d been over to Naxos, looked at their new albums and then added a few that interested me to my Apple Music library. These were a disk of John McCabe piano music, a composer who died recently and who deserves a bit of attention; an album of music by John Joubert, a name that is perhaps more well known than his actual music; and a symphony and cello concerto by Taiwanese composer Gordon Chin, who I don’t know at all. I’d dipped into the first two and listened to the whole of the Chin and planned to revisit a few times before writing this blog post.

Of course, when I returned a few days later, these tracks had also mysteriously disappeared, with the same unhelpful message. Today I’ve searched for some of the other Naxos new releases: some contemporary piano music from China; Krzysztof Meyer chamber music; Áskell Másson music for clarinet; Roman Berger chamber music; and Andrew Staniland’s Talking Down the Tiger. Only the Másson is available to me. It looks like the Staniland was available at some point since a search using the album title Talking Down the Tiger reveals the composer as an ‘artist’ next to a picture of that album, but with no trace of the actual album (a similar thing happens when you search for Bright Sheng):

It is a different story if you go back to music released before the advent of Apple Music. Those mentioned in my June CD roundup – albums by Boris Pigovat, Sofia Gubaidulina, Kaikhosro Shapurji Sorabji, Richard Danielpor and Pino Vargas – are all available for streaming. What on earth is going on?

It seems to me that Naxos, and possibly other labels, are trying to have their streaming cake and eat it. They are releasing albums for a few days on Apple Music, realising that the most likely point when they will receiving streaming revenue is when disks are new and customers (and reviewers!) are exploring them. Of course, if a customer then likes a disk, he is in for a disappointment when returning for another listen: the disk has disappeared and must now be purchased.

I have some sympathy for the reasons behind this. Naxos, a label I much admire, probably operates on wafer-thin margins; as such they need to do everything they can to maximise revenue. It just seems to me that this is not the solution. As well as losing customer good will, such an approach only works anyway if the disk is not reintroduced for streaming at a later point. The fact that older Naxos disks are still available suggests that these new releases will indeed be reintroduced. So what incentive does that leave the listener to buy, knowing full well that it will reappear at a later date? None. And what revenue does Naxos then earn whilst the disk is not available for streaming? None. Everyone is a loser.

I realise that record labels are adapting to new models of distributing their products. I can only hope that this reflects a period of experimentation on the part of Naxos and that they will soon realise that their approach is not beneficial to either the customer or themselves. In the meantime my straightforward advice to Apple Music users is: enjoy Naxos’s back catalogue – give them every bit of revenue you can to support their generally excellent work – but on no account feel forced to buy one of their new releases. You would be wasting your money.

Before writing this blog post I wrote to Naxos asking them to clarify their position regarding streaming of new releases. They did not reply.