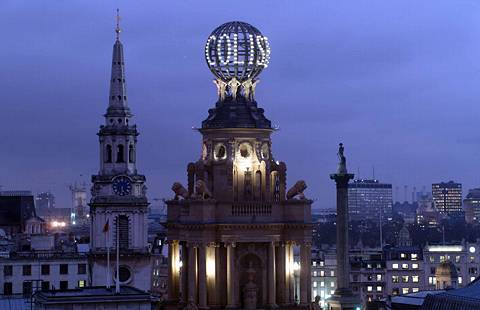 A bit of good news for anyone interested in the future of ENO.

For the last couple of years Arts Council England have been implementing vicious cut to the funding of ENO, one of our most innovative opera companies. In a press release today, however, they announced ‘special funding arrangements’ for the organisation, effectively an enormous capitulation. The release is as follows:

The Arts Council today (12 February) announces that two organisations, English National Opera and Colchester’s firstsite gallery, will not be admitted into its National portfolio of organisations for 2015-18. Instead they will be placed under special funding arrangements.

The proposed new National portfolio was announced on 1 July 2014 but confirmation of membership is subject to negotiating a funding agreement. As well as showing they will produce excellent work, all companies offered National portfolio status must demonstrate their business plans and their governance are robust enough to ensure the organisations are sustainable over a three-year funding term. In the case of these two companies the Arts Council has continuing concerns which it wants to see addressed.

The special funding arrangements with ENO and firstsite, which will run for two years, and one year respectively, will allow the Arts Council to work closely with each company as they review their business models and governance and to set rigorous milestones to monitor their progress. Entry to the portfolio at a later date will be possible, but will depend on the extent of progress made.

The Arts Council will take decisions on the future funding of both organisations following the implementation of these special arrangements.

ENO is offered funding for two years. The agreement will combine elements of the NPO and transition funding agreements previously proposed in July 2014. £12.38m revenue funding per year, with an additional £6.13m of transition funding, will be made available to the company over the two years to enable it to operate and make changes to its business model.

A considerable amount of work has been undertaken by English National Opera to address the challenges identified during the Arts Council’s Opera and Ballet analysis and the risks highlighted in its National portfolio application. However, a number of significant risks associated with the proposed business plan remain.

This decision has been taken following a period of working very closely with ENO on their proposed funding agreement, further detailed analysis of their business model by financial consultants and recent uncertainty about ENO’s senior leadership team.

firstsite is offered funding for one year. The funding agreement will combine elements of NPO revenue funding (£814,517) and transition funding, to be confirmed, which will enable firstsite to operate and restructure.

This decision has been taken following a consultation period with key local stakeholders and funding partners, revised financial accounts from firstsite and an independent analysis of the organisation.

Althea Efunshile, Acting Chief Executive, Arts Council England said: “The Arts Council’s role is to ensure that we get the best value for the taxpayer’s money by investing in well run companies who delight audiences with brilliant work.

“With the very occasional exception, all the organisations we fund do just that.

“No one is doubting that ENO is capable of extraordinary artistic work but we have serious concerns about their governance and business model and we expect them to improve or they could face the removal of our funding. The challenges are similar for firstsite.

“However, we believe these organisations can inspire audiences long into the future and it is our hope and expectation that this happens.”

For more information and a wry take on this volte face, have a look at this article by Norman Lebrecht.