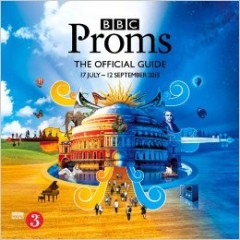 If you want to find premieres at the 2015 BBC Proms you have a couple of options. On the Proms website, there is a list of all the composers featured. If you then follow the link to a living composer then there is a good chance that their work will be a premiere of some description. Alternatively, for £2.99, you could invest in the BBC Proms app available for iOS and Android. It has 18 articles and 22 artist spotlights, a list of ‘collections’ (e.g. ‘For families’, ‘Late Night Proms’ etc.), a calendar and the ability to search by event, composer, piece or artist. One of the articles lists premieres alphabetically by composer.  What doesn’t seem to be available either on the web or in the app is a list of premieres by date, making it not so easy to plan your listening if this is the thing that really interests you. Here then are all the Proms premieres in exactly that way, with my compliments:

John Psathas View from Olympus, World Premiere (of this version)