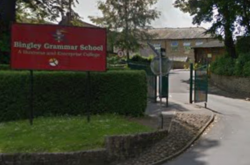 It has been reported that Bingley Grammar School charges children £5 per week to take GCSE music lessons after school. The decision was described by the Incoporated Society of Musicians as ‘shocking and deeply troubling’, whilst Andrew Lloyd Webber told The Stage that ‘the arts have never been as vital as they are today and they should be free.’

Head Teacher Luke Weston defended the school’s decision, saying that this has ‘nothing to do with funding, it’s really allowing our kids to have an extra GCSE at a time that suits them.’ He also said that the new system has led to increased interest in the subject, with 25 studying this year, and that the school is still paying ’99.9% of the bill. The GCSE cost is not £5 a week, it’s significantly more than that.’

Whilst I have every sympathy for a school trying to do the best by its pupils—and I’m sure that that is what is happening here—this is, nevertheless, a cause for concern. First of all, whilst this particular development might be, in the (intentionally oxymoronic?) words of Norman Lebrecht, a ‘rogue precedent’, there has been other evidence of music being belittled as an academic subject during the last twelve months, including, last March, Charlotte C. Gill’s attack on music notation and, in June, the news that the Joyce Franklin Academy in Essex had removed music from year 7 and 8 (ages 11–13) timetables in an effort to balance their budget. I wonder how many examples we are not hearing about? I think, therefore, where this sort of story appears it is important to call it out. How else are we to stop the rot?

I also think it is disingenuous for the Head Teacher to claim that charging money for pupils has ‘nothing to do with funding.’ In which case, why charge them? Curiously my own experience in school was rather similar to that of Bingley Grammar School. No place could be found in a crowded curriculum for GCSE music, but the school, and its music teacher, moved heaven and earth to lay on extra lessons. Whilst we didn’t take it after school but in our games lesson, there was certainly no extra charge.

The Head Teacher also claims that the school covers 99.9% of the cost of GCSE music lessons. A little maths reveals the truth. If each pupil in a class of 25 pays £5 each, that is £125 per week. Let’s extrapolate that out to the whole year, which would consist of roughly 39 weeks. That is £4875. My guess is that that covers a very significant percentage of the course costs. Certainly not 0.1%, unless the Head Teacher was previously paying £4,875,000 to lay on GCSE music, in which case he probably needs to shop around.