Boulez as Conductor: a short guide to his recordings 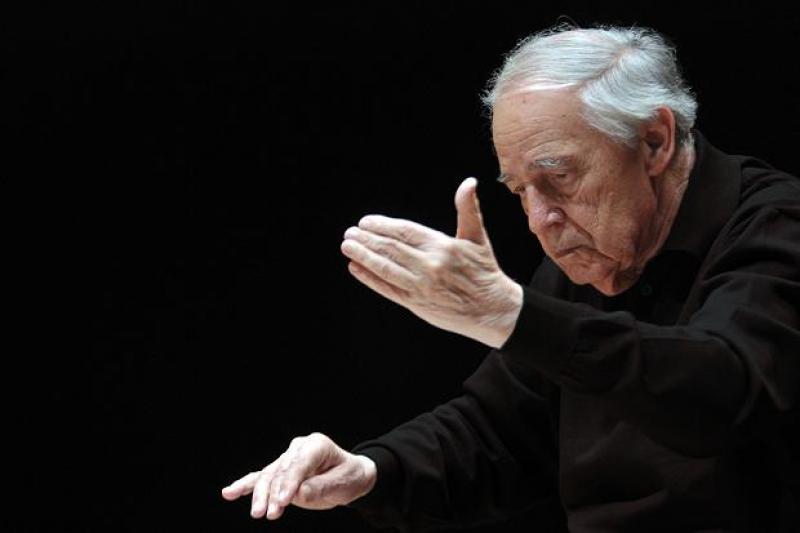 If some of Boulez’s pronouncements have given the impression of narrow-mindedness in accepting the music of others, his work as a conductor suggests rather the reverse.

Celebrating this part of his career, DG has just released a 44 CD set of Boulez’s recordings of twentieth century works for the label. Whilst much of this includes the usual suspects – the second Viennese school and Boulez’s own works – there is also a great deal which isn’t, including Bartok, Debussy (as far back as Prélude à l’apres-midi), Ravel and plenty of pre-serial Stravinsky. It comes in a rather nice limited edition box set, for £102 in the UK and $223 in the US.

DG is marketing this as the ‘complete’ Boulez 20th century recordings, which it clearly isn’t, since it doesn’t contain a single performance from his DG Mahler cycle. If you wish to have that, the 14 disk set is available at just £37 ($55). I’m aware that Boulez gets mixed reviews in this repertoire, though I think some of the more frequent criticisms – that he can be brilliantly analytical and clear, but sometimes soulless – are often exaggerated. My own favourite Mahler symphony is No. 6 (‘the only sixth, despite the Pastoral’, as Alban Berg said) and Boulez’s interpretation of it with the Vienna Philharmonic (included in this cycle) is brilliant: tempi are ideal, he takes the crucial first movement repeat and the two most powerful parts, the slow movement and vast final movement are superbly shaped and devastating in their impact. I can’t imagine, therefore, that the rest of the set isn’t worth exploring too.

If the 44 CD DG set is a little too much to purchase all at once you can also buy many of the recordings in smaller sets concentrating on one or two composers at a time. There is Boulez conducts Debussy and Ravel (6 CDs, £18.79/$32), Boulez conducts Stravinsky (6 CDs £20/$26) and Boulez conducts Bartok (8 CDs, £30/$30). Particularly recommended is Boulez’s complete survey of the works of Webern (6 CDs, £22/$30). No one understands this repertoire better than him, and that shows in the crystalline clarity of these performances. Also an obvious recommendation is the composer conducting his own complete works (13 CDs, $68/£44).

Boulez has dabbled more than a little in the world of opera. Two productions, both with Patrice Chéreau directing, stand out: his Wagner RingCycle for the 1976 centenary performance at Bayreuth and his Janáček From the House of the Dead in 2007. The former was hugely controversial, some believing that Boulez’s conducting lacked the necessary expressivity, was too fast and the singing uneven. Despite this, the production did win many admirers, as this article in The Guardian makes clear. It is available on DVD at DG (having originally been released on Philips). The Janacek, a DVD I own and like a great deal, is an easier recommendation.

Another handsome boxed set worth considering was released at the end of 2014: Sony Classical’s 67 CD survey of the recordings made by Boulez for CBS/American Columbia (67 CDs, $187/£89). Again there is plenty of twentieth century repertoire here including Schoenberg, Berg, Varese, Stravinsky, Berio, Carter, Messiaen and works by Boulez himself. Less well-known is Boulez’s fondness for Berlioz, represented here with recordings of Symphonie Fantastique; Lelio, ou Le Reour a la vie; excepts from Benvenuto Cellini, Les Troyens and Beatrice et Benedict; Carnaval Romain; Les Nuits d’été; and La Mort de Cléopâtre. Most fascinating of all are the real rarities: Handel’s Water Music, Beethoven’s Symphony No. 5 and Wagner’s rarely heard work for choir Love-Feast of the Apostles.