Boulez at Ninety: a Personal Perspective 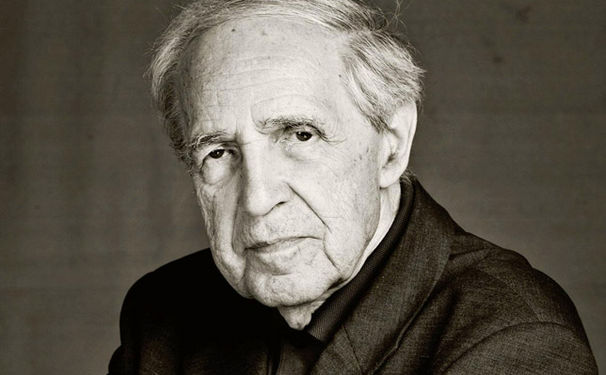 On March 26th Boulez will turn ninety. Even at this grand old age he hasn’t entirely cast off the image of enfant terrible, the man responsible for some of the most intemperate remarks in the history of twentieth century music, including, yes, that one about wishing to burn down all opera houses.

It is an image which, even now, clouds my judgement of his music. There was Boulez the quasi-mathematician who serialised the composer out of the musical process. Boulez, who wished to rip up the past (‘It is not enough to deface the Mona Lisa because that does not kill the Mona Lisa. All art of the past must be destroyed.’), Boulez who branded any musician who didn’t feel the necessity of the serial method as ‘OF NO USE’ (his capitals).

Boulez’s influence on European cultural life has not, in my opinion, always been healthy. His insistence that his way was the way, looks extraordinarily misguided today. How sad that some composers felt that they had to fall into line with serial orthodoxy or be branded a failure. Neither was this something experienced just by his contemporaries.

I have often pondered the influence that Boulez had on the most significant member of the older generation – Igor Stravinsky – even if it operated indirectly. It’s a curious fact of Stravinsky’s life, especially given his status as probably the greatest composer of the twentieth century, that he was so keen to be accepted by his peers. That surely was a factor in his decision, at the suggestion of Robert Craft, to adopt the serial method.

(You can see this facet of Stravinsky’s character in this superb film by János Darvas where, at 32 minutes, he remembers, with some rancour, an imagined rebuff from Benjamin Britten. A minute before this you also see him, rather too humbly in my opinion, taking advice from Boulez about a mistake in one of his serial works.)

Of course I acknowledge the greatness of these late works – after all, Stravinsky was a superb craftsman; how could they be anything else? Also, I know that many composers (myself included) have benefited from Stravinsky’s rotational take on the serial system. Despite this, I cannot, however hard I try, love them so much as those that came before. I sometimes find myself wishing that Stravinsky had had the confidence to stick to his compositional guns.

One can also forget the institutional power that Boulez has wielded, especially in France. When President Georges Pompidou was looking for a figure to set up a music section as part of a new cultural institution it was Boulez he invited for dinner. When it came to cultural/political influence Boulez, quite literally, ate at the top table.

The meal with the President eventually resulted in IRCAM. Boulez was not, perhaps, the ideal man to wield such institutional power, since he has never been stylistically openminded when dispensing patronage. I think especially of the music of Henri Dutilleux. Despite Dutilleux commissioning the 1948 version of Boulez’s Le soleil des eaux he was not programmed in Boulez’s Domaine Musical concerts, was snubbed by Boulez at the première of his First Symphony and had to wait many years to receive a commission from Ensemble Intercontemporain (a commission he never fulfilled).  A style which, however tenuously, retained elements of tonality was, to Boulez, infra dig.

The irony is that Boulez’s own compositional trajectory and also recent interviews, show that he was less dogmatic than he pretended. The early total serial works culminated in Structures I, the ‘ascetic attitude’ of which Ligeti described as ‘akin to compulsion neurosis’. Subsequent works, beginning with Le marteau sans maître, however, showed a loosening of approach to the serial method and even the granting of freedom to performers, especially in allowing them to choose a route through a work (e.g. Third Sonata, Pli selon pli or Domaines).

In a recent interview Boulez has also acknowledged his need to balance the ‘constructivism’ he encountered (and even found ‘a burden’) in the works of the Second Viennese School with a freer approach. He also has talked about how music cannot be compared with science, in that in science things progress, whereas the music of a particular time is not to be considered superior to that of an earlier epoch. It is surely not a huge mental leap to realise that, if works are not to be judged by the mere fact of their chronological position in the canon, then neither should they judged by how completely they adopt the most cutting edge techniques.

Even here, however, I remain ambivalent. The early experiments with total serialism seem to me to be little more than curiosities of the time. Something that was as inevitable as, say John Cage’s 4’33” and, like it, more of a thought experiment than art. I even find Le marteau sans maître, acknowledged by many as a key twentieth century masterpiece, as curiously colourless, despite the influence of gamelan and the like.

I have listened to most of the works following Le marteau. A few have really grabbed me – I cannot forget, for example, the exhilaration I first felt on hearing the orchestral version of Notations, a work of tremendous power – though others have left me bemused. Even with the latter category, however, it is impossible to reject them outright.  Sometimes I listen to a piece of music and I know straight away I don’t like it, usually because I can see through it. I have never had this feeling when listening to Boulez. A cynic would point to the obfuscatory complexity of his scores, which tends to make easy judgements difficult. I disagree; with Boulez one always senses a profound musical intelligence at work. This commands respect and a desire to understand better.

For many aficionados, then, 2015 will be a chance to wish Boulez a hearty ‘Happy Birthday’ and revel in performances of his works. I wish him many happy returns too. I will not so much be revelling in his works, however, but trying to understand them. Like parts of his oeuvre, it is likely to remain a work in progress.

Some videos worth exploring

2010 round table discussion, including interesting information about the founding of IRCAM

2009 interview on winning the Kyoto Prize

1995 interview in Amsterdam. Bad sound but Boulez is articulate and witty, so worth a look

Boulez talking about his Sur Incises