Britain’s Creative Leaders Urge May to Keep Freedom of Movement 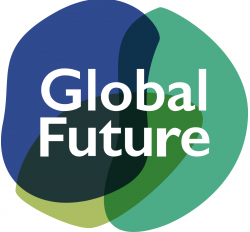 Presumably when Matt Hancock, the new UK Culture Secretary, compared the creative industries to a woolly mammoth on Tuesday, he meant ‘big’ and and not muddle-minded. We can only hope he is listening to the concerns of Global Future, who have published evidence that Britain’s creative industries want to retain freedom of movement after Brexit.

It would be easy to accuse the government of woolly thinking on Brexit, but on this subject at least they have been fairly consistent—free movement will end when the UK leaves the EU. It will require, therefore, either a rethink on the part of the government, or for Jeremy Corbyn to whip his MPs to support any Single Market Commons’ rebellion. Neither scenario seems likely.

Leading figures in Britain’s Creative Industries fear a hard Brexit will damage a sector of the economy that the Government itself estimates is worth more than £87 billion a year.

A survey for the Global Future think tank with 50 of the most influential figures in creative Industries is published today.

• The single highest priority for government action now is preserving the right for Freedom of Movement between the UK and the European Union. This is seen as more important for securing growth and vibrancy in the future even than government funding for the arts or securing trade and investment.

• The creative leaders were almost unanimous (46 out of 50) in saying a hard Brexit that ended free movement would have either a negative or devastating impact on their industries.

• A similar number of respondents said cultural diversity was one of the chief reasons behind Britain’s creative success on the world stage (42), that there was now a big risk for the UK’s soft power and creative reputation (46) and that morale in their sector had fallen since the European referendum last year (41).

“Britain’s Creative Industries employ more people than our financial sector and make a hugely important contribution to our economy, as well as driving our soft power in the world. Until now their voice has not be heard properly in the debate about our future.”

“But this survey shows that leaders in this industry regard a hard Brexit, which would severely restrict their ability to hire the talent needed to thrive, now threatens one of the things that makes Britain great.”