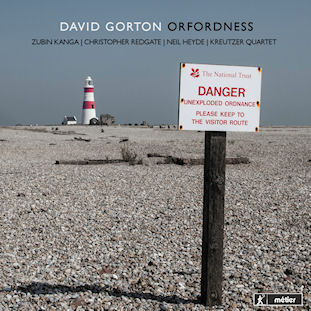 DG have just reissued Boulez’s Le Domaine Musical collection, which can be added to my earlier guideto the composer’s recordings. It features performances from the seminal Paris concerts between 1956 and 1967, including works by Stockhausen, Berio, Messiaen, Varese, Kagel, Henze, Stravinsky, Schoenberg, Berg, Webern and, of course, Boulez. Perhaps, most intriguing of all, is the inclusion of two works by Giovanni Gabrieli, presumably to give context to other compositions on one of the programmes. Gabrieli as sixteenth century modernist, perhaps?

Also just reissued on the same label is Max Richter’s 2004 album The Blue Notebooks both on CD and vinyl, the latter being a sure sign of its popularity. I’d check it out on Spotify first if you are in any way tempted: you will either love or hate its zen-like simplicity.

Two Naxos disks containing chamber music that is neglected for different reasons. The first is a collection of music for violin and piano by little-known composer Alexandre Tansman (1897-1986). If you’d like to get an idea of the style it’s worth checking out his disk of chamber music with clarinet, available on Spotify. It’s not at all what I expected: by turns romantically lyrical, quirkily dissonant and ascetically controlled. Whilst Bernstein is well-known for his musicals and handful of choral and orchestral pieces, a new disk explores some of his music for piano, including an early Piano Sonata and his Anniversaries, a sequence of short pieces written for people close to him. Also on Naxos is a disk of two Malcolm Arnold films scores, The Roots of Heaven and David Copperfield played by the Moscow Symphony Orchestra.

On WERGO Rolf Reim’s new disk contains four works, all of which draw upon story telling and theatricality to achieve their effect. The style is uncompromising but, at the same time, full of lightness and humour. This is particularly apparent in Lenz in Moskau, for trumpet, trombone, guitar, piano, two drums and recorded voice where a story is unfolded simultaneously in voices and instruments, the brilliantly sardonic interjections being easily as pictorial as the spoken text. Also on WERGO this month is Detlev Mueller-Siemens’ new disk TRACES, which contains four works for chamber ensemble written between 2002 and 2009; and Charlotte Seither’s Equal Ways of Difference that has five workswritten for combinations of violin, cello and piano.

On Métier David Gorton’s powerfully uncompromising new disc contains Orfordness for piano, Austerity Measures II for oboe and string quartet, Fosdyke Wash for piano and string quartet and the Second Sonata for Cello, with electronics.  Orfordness, which also lends its name to the title of the disc, includes taped USAF messages about a UFO sighting. ‘This is eerie, this is strange’, says one of the men in the recording, a description that could well be applied to this unnervingly creepy music.

Sure to be popular is the Tallis Scholars’ Tintinnabuli, a programme of works celebrating the 80th birthday year of Arvo Pärt. Extracts are available to listen to here. The performances, typically of this group, sound gorgeous.

Two, as yet, unreleased disks worth looking forward to. Tomorrow NMC release a new disk of horn music by Peter Maxwell Davies, Gerald Barry, Colin Matthews, Huw Watkins, David Matthews, Mark-Anthony Turnage and Robin Holloway with the Nash Ensemble, Huw Watkins on piano and Paul Watkins on cello. At the time of writing extracts were not available, thought that sure to change on release day. Less imminent, though available now for pre-order, is Tyondai Braxton’s label debut on NMC on May 12th with HIVE, a recording of eight pieces that debuted at New York’s Guggenheim Museum in 2013. Scout I, the last track on the disk is available to listen to now.