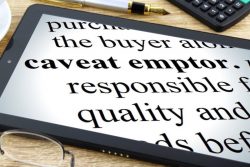 After updating C:T’s opportunity page today, I came across this article by Norman Lebrecht over at Slipped Disk. It describes how this week’s Singapore Violin Competition has effectively been rigged, since the grand finalists are all students of members of the jury. He goes as far as to suggest that the other violinists who entered ‘should hire a lawyer and sue for the return of their expenses. They would be setting an important precedent.’

Whilst such extremes examples of nepotism are to be decried, we might as well admit to ourselves that blander, but no less pernicious, forms of favouritism have long existed in the musical world, including in composing. I certainly know of composers who have been awarded prizes or opportunities by teachers and, I might as well say it, I have probably benefited from this type of patronage myself. The phrase ‘it’s who you know’ could not be more relevant in a career with so many practitioners chasing so few opportunities.

There are of course things that competitions can do to increase the chance that the competition will be fair, especially by asking that scores are submitted anonymously. Probably about half of all competitions I post month in, month out here at C:T do this. Whilst this is not a panacea—it’s not difficult, after all, for a judge on a panel to recognise a score written by a student, even if it has no name on it—it does limit the chances of a Singapore-style stitch-up.

Beyond this I’m not sure how much more can be done. Music-making is a social activity, so it’s perfectly natural that you are more likely to get musicians with whom you have a relationship to help you. Is that really nepotism? I don’t think so. Unless you are a composer that doesn’t mind being discovered after you’re dead, you have to get out, meet people. There is nothing heroic about sitting in a lonely composing studio expecting the world to come genuflecting to your door.

A final thought on competitions, which arose from an email we received here at C:T a couple of weeks ago. It was from a composer who was worried that one of the composer opportunities posted on our opportunities page was a scam—it required money up front and in a currency different from where the website was based, the website itself was amateurish and the name of the competition organiser did not seem to appear elsewhere on the web. There was no definitive answer we could give since the competition did not differ greatly from many others posted here; many competitions ask for money up-front, some are from newcomers who may not be great at website design and even the currency problem may have had a simple explanation.

This doesn’t stop me worrying about the veracity of the compositions we list here in good faith. In one competition last year, for example, entrants were not asked to pay a fee, but when the winner was selected he was asked for $19,000 towards the cost of performing the piece. You could argue that that does not matter, since he could simply refuse, but imagine his frustration if he’d written the piece specifically for the competition.

It is, then, incumbent upon us all to exercise caution and a healthy scepticism when entering composition competitions. Like the entrants in the Singapore Violin Competition, we can’t protect ourselves from the nepotism of jury members, but we don’t have to believe every promise we read or pay every exorbitant entry fee. The same approach, essentially, as when buying a used car. Buyer beware.