Does Contemporary Music Do Christmas? 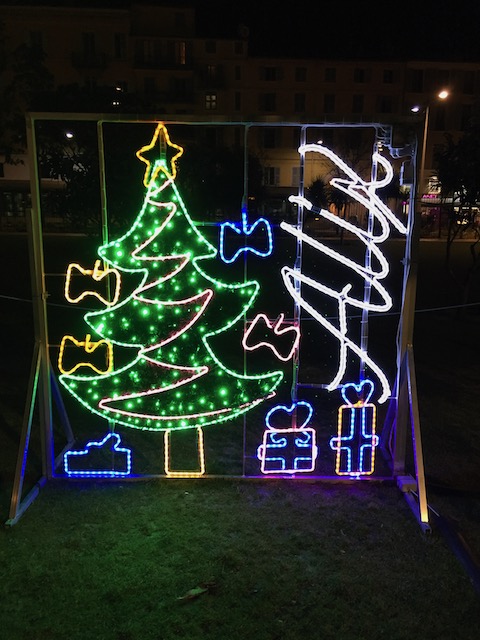 There have always been composers whose style can comfortably incorporate the kind of straightforwardness that Christmas demands. John Rutter is an obvious example, though, like many, I have a hard time stomaching much of his output. But at least his style is recognisably consistent. The same could be said of the Welsh composer William Mathias. He died in 1992, but his A Babe is Born, Ave Rex (especially the movement  Sir Christèmas) and Bell Carol are perennially popular. These works (apart from the rather saccharine Bell Carol, perhaps) have a harder-edged energy that sets them apart from Rutter, but at the same time manage to capture the tunefulness that Christmas demands. Like the Rutter they are also consistent with the rest of the composer’s style.

In contrast, some composers adapt or even water-down their style to accommodate Christmas. Schoenberg’s Weihnachtsmusik,an arrangement of Es ist ein Ros’ entsprungen, may have arisen as just one more arrangement for his Society for Private Musical Performances. Even so, it strikes me as a startling admission of the expressive limitations of his emerging serial style. Which is not to deny that it is a gorgeous piece. In contrast, his pupil Webern, in Dormi Jesu, managed to stick to his stylistic guns whilst producing a piece of sublimely simple beauty. But it is the kind of beauty that would probably leave the average Christmas concertgoer utterly bemused. More recently the same might be said of, say, the setting of The Burning Babe by Malcolm Bruno. It is uncompromising and ascetically beautiful, but does not, for me, capture the spirit of the season.

It could be argued that such music falls into a more serious category than mere carols, in the same way as Bach’s Weihnachtsoratorium, Handel’s Messiah or Berlioz’s L’enfance du Christ. But the problem with such a parallel is obvious. Those three works are much loved by the average concertgoer. Furthermore The Shepherd’s Farewell from L’enfance du Christ has become a popular carol in its own right. I can only draw one conclusion: the older works are admired largely because of their use of tonality. I know the modernist/postmodernist argument as related to tonality is nothing new, but a festival such as Christmas brings the debate sharply into focus. The popularity and usefulness of a piece of contemporary Christmas music will be in direct relation to its ability to encompass tonality. Take two reasonably widely performed works by living composers, for example: Peter Maxwell Davies’ Five Carols and Judith Weir’s Illuminare Jerusalem. In Five Carols Maxwell Davies engages unashamedly with tonal and modal melodies, though he manages to imbue each movement with a dose of dissonance that makes the work far from saccharine. Weir manages an even cleverer trick. Illuminare Jerusalem seems to pull no harmonic punches at all. But it is impossible to deny that the piece relies for its effect on the tonal-like resolution on the words that make up the title.

One might also add that Christmas, by its need to include people and its universality (at least in Western culture), is the Gebrauchmusik festival par excellence. And if composers want to write Christmas music that is useful and performed widely it will normally include elements of tonality. The average carol singer cannot perform something in a consistently modernist style. Is it too much, therefore, to expect him to listen to it in a concert during the rest of the year?