Dorico Diary 2: The good, the bad and the unnotatable 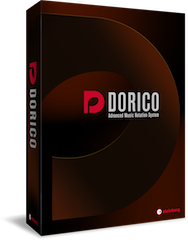 This second part to my Dorico diary has been a long time coming, so perhaps I should start by explaining why. When I took a first look at the software back in November, I was impressed by its potential, especially feeling that the typesetting algorithms were better than those in Sibelius. Unfortunately, whilst this made a firm foundation, it did not alter the fact that the software lacked so many features that I was unable to adopt it into my daily workflow.

The team at Steinberg have always made it clear, however, that their aim is to keep iterating Dorico until it is as powerful as its rivals. Two new releases, Dorico 10.0.10 on November 25th and 10.0.20 on December 20th, start to make good on these promises.

One of the headline features is the introduction of VST Expression Maps support, so that Dorico now recognises expression marks. Back in November I did a comparison of the playback of a simple arrangement for string quartet on Sibelius and on Dorico, the result being a hands-down win for Sibelius. Using the same example, however, Dorico has now closed the gap considerably.

You can hear that the addition of articulation recognition makes a big difference, especially after the introduction, where there is extensive use of staccato.

Despite this, however, in terms of raw sound file quality, Sibelius remains, in my opinion, the more convincing. And there are also more fundamental problems. In the above extract Dorico responds to dynamic changes, though this appears to be because the file was imported via mxl (i.e. it wasn’t created in Dorico). Actually the program still appears not to support intensity markings—any changes I make within the program do not affect the playback, the same being true when I experiment with dynamics on a new score.

Selection tools have improved a great deal. In version 1.0, you had to drag a marquee selection box over anything you wanted to edit. Now, however, it is possible to select all of the music in a bar, several individual bars and whole sections. In some ways these basic editing tools are implemented more logically than in Sibelius, for example in that selections also include any music tied over to another bar. Whilst there are editing situations where that could be a nuisance, I like the fact that Dorico tries to implement things in a way that is musically logical.

Also new is transposition. The dialogue (see picture, above) is accessed on the Write menu, but surprisingly doesn’t have a keyboard shortcut, an irritation for a feature that I use all of the time. Implementation is fine, though it lacks the intuitive elegance of Sibelius, concentrating on intervallic transposition rather than by key signature. If you select a whole score, however, Dorico will offer you the option to alter key signatures too. Also, I quite like the way that Dorico helps those who might not understand the whole business of major vs. minor/augmented vs. diminished intervals—it provides a little box where you enter the starting pitch and target pitch, translating that into musical intervals without you having to think about it.

Dorico is supposedly faster than before, not just in note input and editing, but ‘all across the application.’ Working on individual scores, I think this is probably correct. I also tend, however, to move between multiple open scores in my work. In doing this I experienced unacceptable levels of interruption from Mac’s spinning rainbow beachball. Sometimes this only lasted a split second as I began work in a different window, but for someone who spends long periods working at their computer, this kind of interruption can make the difference between a good and a bad day. Also I had some eccentric playback moments when flipping between scores, suddenly being presented with a comically wrong instrumental sound instead of the one I was actually working with.

Apart from a new scissors tool, note input is essentially the same as before. Computer keyboard input is in my opinion better than Sibelius. All the tools one needs are arranged around the edge of the screen and the keyboard shortcuts are sensible. I also appreciate the ability to be able to insert notes into a musical texture without having to delete anything first or renotate the surrounding notes myself. Step input with a MIDI keyboard also works fine, but it remains a big disappointment that there is still no real-time input. This means getting notes into the system is a rather laborious process.

Other marquee improvements include support for arpeggio signs, playback for grace notes and improved handling of rests when using multiple voices on one stave. The most disappointing omission at this stage is that there is still no support for repeat markings, something that needs rectifying quickly.

Given the improvements, am I any closer to adopting the program in my everyday workflow? Yes, I am. Will I be? No, I won’t. The fact is, there is still too much missing from this program for me to rely upon it. That may not be the case for you, however, and a glance around Dorico’s forums proves that, even where some are keen to criticise, there are many happy users leaping to its defence. This is because that, once you get beyond the shock of a new interface and different ways of doing things, the fundamentals are strong. As such, I will continue dropping in on Dorico from time to time. It might win me over yet.