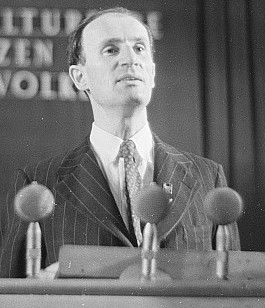 The IMS conference ended a few days ago. I meant to mention a few of the final papers at the time, but got tied up with other things, mostly sightseeing—Japan is a very lovely country indeed.

If I’m honest, the papers at the conference varied alarmingly in quality. It’s actually better, I learned, to go to papers of people that you know will do a good job, regardless of the topic. With that in mind I saw a superb presentation given by John Rink, an old lecturer of mine who is now at Cambridge. He spoke with wit and insight on performance practice in Chopin. There was also an interesting session on film music, with Gregory Camp’s paper on the various means by which an actor may be musically characterised standing out. I was also pleased to be introduced to a largely unknown Swiss composer, Hermann Meier (1906–2002), in a paper given by Michelle Ziegler of the Hochschule der Künste Bern.

Meier was a primary school teacher by day, by night a composer of some substance. His long career followed some of the major trends in Europe music. He wrote in the dodecaphonically until 1952, later adapting a more personal serial style in works such as Klaviervariationen and Stücke (1956 and ’57 respectively). In the 60s he began using montage, the subject of Ziegler’s fascinating lecture. In doing so Meier sketched using graphical representations of his musical material (which occasionally also became a final score). These representations are influenced by artists such as Piet Mondrian. Indeed, his sketches, many of which we were shown in the presentation, are works of art in themselves:

In the 70s Meier was introduced to electronic equipment at the Südwestfunk’s studio, subsequently  realising a number of works for the medium. He stopped composing in the late eighties.

For those interested in seeing Meier’s sketches, they will be exhibited at  Kunstmuseum Solothurn on 28th October 2017.

The graphics were, of course, only a part of the composing process for Meier—in most cases they were realised in normal staff notation. Here are is a playlist of Meier’s music:

Further examples of his works are available, here.