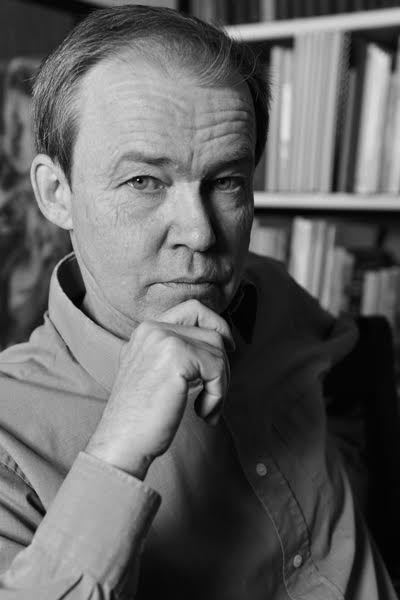 Christian Morris talks to Philip Sawyers, whose Symphony No. 3 will be premiered by the English Symphony Orchestra on 28th February at St John’s Smith Square, London.

Tell us a little about your background. How did you come to compose?

Almost as soon as I started learning the violin at the age of 13, making up music just seemed a natural thing to do. I was very lucky at Dartington College of the Arts, where I studied for my A-levels, in having an inspirational teacher in the person of Helen Glatz. She held a ‘composers’ workshop’ every Friday and we were encouraged to bring anything we had written, however incomplete, to have played through and given her perceptive observations. It was a marvellously practical way to learn your craft. At the Guildhall I was a first study violinist so composition was not part of the course and I was left to find my own way. I had pieces performed and received various comments from my peers and from some of the composition staff. My most memorable occasion was conducting my Symphonic Music for Strings and Brass and having Rubbra make encouraging remarks about it.

You seem to have led a busy professional life after studying at Guildhall. Was there much time for composition?

After the Guildhall I had to make a living and again was lucky in getting a contract with the ROH orchestra where I played from 1973 to 1997. During that time I also freelanced with other orchestras, including the LSO and BSO, and, amazingly, found time to play in some light music and pop sessions as well! The marvellous thing about the ROH was the list of amazing world-renowned conductors and soloists, of whom I have many happy memories. This clearly left little time for composition but, although fellow musicians and audiences enjoyed my music, it was distinctly out of fashion. In the late 60s and into the 70s only the fashionable avant-garde composers following on from Stockhausen and Boulez seemed to get commissioned and large organisations like the BBC seemed only interested in ‘cutting-edge’ work. This I found hugely discouraging as a mostly ‘tonal’ composer and that played some part in my drop in output during those years.

What made you want to refocus on composition?

David Lockington, a student friend from my teens who remembered playing in some of my early orchestral pieces, had gone to study in the USA and made a career as a successful conductor there. In 2001 he called me up and invited me to submit a piece that I would like to hear professionally performed by his Grand Rapids Symphony Orchestra where he was Music Director. My Symphonic Music for Strings and Brass was duly performed and enjoyed a huge success. It was recorded and broadcast there and maestro Lockington featured it with many other US orchestras that he guest conducted with. This led to commissions from his orchestra and others, so the USA became a very important part of my compositional renaissance.

Do you think it was more difficult breaking through later in life?

I think it was easier for me in later life as this former fixation on what styles were in and what were out gradually lessened. Today many different musical styles are embraced so my music became more ‘acceptable’. This has also happened in the visual arts where figurative work has seen a comeback. I often think of those critics who seem to judge a piece on its style alone and what would have happened to Richard Strauss’s wonderful Four Last Songs of 1948 when Darmstadt was all the rage and tonal music ‘outdated’.

Would you have any advice for other more mature composers struggling to make their mark?

If you have that inner compulsion to write then you will. How to get performed is a tricky one. From my own experience it just seems to have been luck in the right person coming into my life at the right time. My only practical advice would be to enter every competition that allows the more mature person, and to try and make contact with as many musicians, professional or amateur, and try and get them interested in performing your work.

I’ve already mentioned Helen Glatz from my school days. It is probably true to say that I’ve been influenced in some way by all the music I’ve ever heard and played—rather a wide field. My particular favourites were Beethoven, Haydn, Mozart, Bartok, Mahler, Elgar, Vaughan Williams, Strauss, Wagner, Sibelius, Berg, Schoenberg—it is difficult to know where to draw a line! I’m in absolute agreement with Schoenberg when he said that his most important teachers were those great masters of the past and with Bartok who stated that composition could not be taught and he himself only ever taught piano. I still have a large collection of LPs and scores of many symphonic works from my younger days which I studied thoroughly. I was a passionate Hindemith disciple for a while as some of my earlier pieces available on CD will demonstrate. He was, like me, a string player and a very practical musician. He remarked that for him tonality was like gravity, you ignore it at your peril. He was, of course, referring to tonality in a wide sense, not just diatonic harmony. I studied his Craft of Musical Composition and still—although I have arrived at my own ‘mixture’ of tonal, atonal, and 12-tone harmonies—everything I write has a sense of a tonal centre, something I learnt from Hindemith. I’m a firm believer in the eighteenth century view of the musician: someone who plays, writes, teaches—none of us are just this or just that, however convenient it is for some to place people in categories. As an orchestral violinist I feel I have something of an advantage having been in the middle of so much music and learning about orchestration ‘on the job’ as it were.

You are the John McCabe Composer in Association for the English Symphony Orchestra. Has this been a fruitful association?

It was an enormous honour to be asked to undertake this role. It is also rather daunting when I consider the previous distinguished holders of the post. My connection with the ESO Music Director goes back to a lucky chance meeting when we were both working on a Kent County Youth Orchestra course. Although I was tutoring the violins I happened to mention that I was a composer and gave Ken my CD recorded in the USA. The rest, they say, is history. We recognised in each other kindred spirits with the same passion and commitment to our art. At that time Ken was principal guest conductor of the Orchestra of the Swan and he was the driving force in getting my second CD for Nimbus recorded. When John McCabe sadly became unwell Ken asked me if I would undertake the role with the ESO. My first experience with the orchestra was in Hereford Cathedral where my song-cycle Songs of Loss and Regret was premiered and recorded. From such an auspicious beginning and feeling of rapport with the players I feel confident in the events planned for the future.

Tell us about your most recent commission.

As Ken was familiar with my First Symphony on disc and had performance and recording experience of my Second, I suppose it was a natural progression to commission a ‘big’ work, and that is how my Third came to be written. Apart from the orchestral forces that I could write for, there were no other stipulations and I was given a free hand. As pieces like this take some time to write, it is, in fact, not the most recent of the ESO commissions. Since then I have written them a Concerto for Trumpet, Strings and Timpani, and a Violin Concerto, which will be performed soon as part of our ongoing relationship.

Could you describe the work—what kind of symphony should a concertgoer expect to hear?

My Third Symphony, like my First, is back to a more traditional four-movement shape. Influenced by the wonderful Schoenberg First Chamber Symphony, I departed from this traditional form in my Second Symphony, which was written in one continuous movement. To me the symphonic ideal is one of ‘becoming’, of almost organic growth with strong motivic connections and a sense of inner propulsion. It is a journey through a myriad of musical ideas that are as closely argued as any philosophical treatise. Briefly, it is a journey from darkness to light. A darkly pessimistic first movement, a reflective slow movement, an intermezzo third movement that is rather skittish in character, and an affirmative finale that resolves the moods and tonalities of the previous three movements.

After commissioning this symphony, Ken then hatched the idea of it being just the start of a celebration of the symphony in the twenty-first century. A group of eight more new works will be written and performed as part of Ken and the orchestra’s commitment to the enduring place of the symphony in musical life. You can read Ken’s illuminating article, written for Musical Opinion Magazine, using the link below.

Ken is a master of programming. He knew we would need a ‘concert opener’ to balance the evening so asked me to write a Fanfare for the brass instruments to open the concert. This I duly did, and it is Ken’s plan to have them perform it from the balcony in St John’s—I’m looking forward to the impact it will have in such a setting. Having heard the wonderful soprano April Fredrick perform my song cycle in Hereford Cathedral, I’m eagerly looking forward to hearing her sing it again in St John’s.

What plans do you have for the future?

I suppose you mean apart from trying to grow old gracefully! I hope to carry on playing and writing for as long as I still feel I have something worthwhile to contribute. I’m also keen on cycling and take manuscript paper with me on my cycle rides along the Thames river path near my home. I am certainly looking forward to whatever commissions come my way in the future and a long and happy association with the ESO.

Philip Sawyers: Songs of Loss and Regret (to be performed on 28th February)

Philip Sawyers: Birth of a Symphony, with the English Symphony Orchestra (link to concert on 28th February)