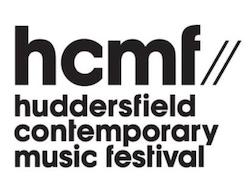 The festival’s composer-in-residence, Christian Marclay, is also known as a visual artist—his hugely successfully video art work The Clock, for example, has toured the world since its creation in 2010 (it is currently on show at the Tate, London). His new work, Investigations, for 20 pianos and 20 players will receive its premiere at the festival on 18th. Other works of his will include the UK premiere of To Be Continued, a graphic score made from found comic books, on 16th; Ephemera, based upon a collection of newspaper advertisements, magazine illustrations, restaurant menus and other disposable printed matter, on 19th (and performed twice); and Screen Play, in which performers respond to a projected musical score, on 20th. Thoughout the festival there will also be an exhibition of the scores that provide visual cues for the works performed.

Of the other concerts there will be some 70 UK premieres, many of which will feature works from the festival’s international partners. The Netherlands will be represented by 10 concerts involving Dutch musicians, including works by emerging composers Chaz Underriner, Graham Flett, Jan-Peter de Graaff, Celia Swart and Aart Strootman. There will also be a focus on Swedish music, including the UK premiere of Malin Bång’s Kudzu (21st) and performances of works by Johan Svensson, Hanna Hartman and Joakim Sandgren (23rd).

The full programme is downloadable, here.