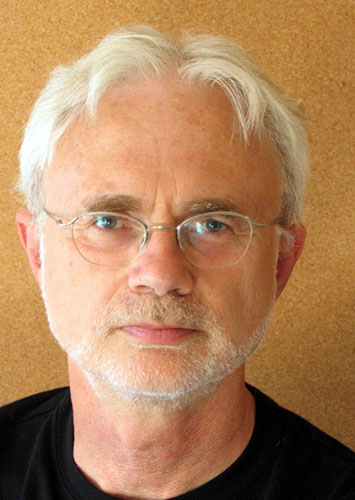 The Royal Academy of Music recently announced that John Adams will join their staff as a visiting Professor of Composition:

John Adams, one of the world’s leading composers, has joined the Royal Academy of Music faculty as a Visiting Professor. His commitment cements a relationship that began in 2012, when he conducted concerts at New York’s Lincoln Center and the BBC Proms in London, in which Academy students performed alongside Juilliard School players.

In 2015, the Academy devoted a day to Adams’ music, during which he was given an Honorary Doctorate, and after which he tweeted, ‘Thrilled to be honored by @RoyalAcadMusic of Music with such pizzazz performances by hugely talented players.’ Most recently, he worked young composers of the Junior Academy and conducted the Junior Academy Symphony Orchestra. As part of his new role, he returns to the Academy in April 2017 to work with Opera Course students, and later in the year with instrumentalists and composers.

John Adams wrote of the new connection: ‘I’m proud and delighted to spend time with the very talented students of the Royal Academy of Music. I’ll be able to spend time with the young composers, singers and instrumentalists in a relationship that is as fruitful for me as it hopefully will be for the students.’

Principal Professor Jonathan Freeman-Attwood said: ‘John’s involvement with the Royal Academy of Music has always been generous and delightful. We’ve had some memorable times, most recently a day at the end of 2015 celebrating his music and performing Grand Pianola Music under his direction. I’m thrilled that his association with the Academy is strengthened further through this appointment.’

James Jolly, editor-in-chief of Gramophone magazine wrote on the occasion of Adams’ doctorate: ‘Adams has given his time selflessly to young musicians, as teacher, mentor and collaborator, as students at the Academy well know. The buzzing energy that marked out the Academy–Juilliard collaboration in 2012 was extraordinary and went hand in hand with the open-hearted joy those students felt at having forged such an inspirational new musical friendship with their conductor, and profound gratitude for John Adams’ artistic generosity.’

The new appointment also builds on the Academy’s international roster of Visiting Professors, which includes some of the world’s finest musicians. Recent additions include pianists Bengt Forsberg and Pascal Rogé, cellist Steven Isserlis and conductors Christian Thielemann, Mark Elder and Oliver Knussen. The role allows students a regular connection with such musicians, who are able both to inspire and mentor them during the time they spend at the Academy.