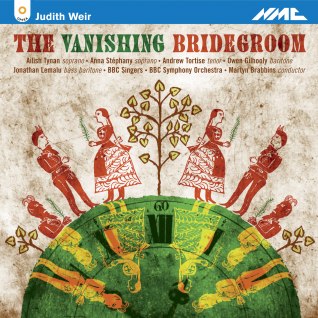 Master of the Queen’s Music, or maybe Mistress of the Queen’s Music. Perhaps even Lady of the Queen’s Music.  I personally favour Judith Weir using the normal title – it’s about time it were divorced of gender. Whatever ridiculous questions such an award poses, however, it’s an honour that feels richly deserved. Femininity aside, Judith Weir, along with a very select group of composers in the UK, occupies an elevated position borne of a brilliant catalogue of work.

Despite this, it would be easy to write off the fact that she is a woman as merely incidental. It isn’t. Whilst it is her work as a composer that has won her this accolade, it would be hard to imagine it being given to a female composer even in the recent past. The musical landscape has changed a great deal over the last fifty years. We now have a long list of established and emerging female talent – Judith Weir, Tansy Davies, Judith Bingham, Sally Beamish, Errollyn Wallen, Helen Grime, Charlotte Bray. Things aren’t perfect in the UK, but this appointment, at least, is a happy sign of the times.

Coinciding with her appointment is an NMC CD release of one of Weir’s more neglected works, the opera The Vanishing Bridegroom. Not as well known as A Night at the Chinese Opera or Blonde Eckbert it contains a similarly beguiling mixture of folk story-telling and psychological drama. There are three loosely connected parts: the first concerning a missing inheritance, the second a vanishing bridegroom, the third the story of the bridegroom’s daughter who is wooed by a mysterious and rich stranger. I’ve only been able to dip into the fairly generous extracts on the NMC website. The musical language – extended tonality, polyrhythms, found folk elements – will be familiar to those who know her music and eminently accessible to those who do not.  As always, however, the genius of the music lies in Weir’s ability to weave these elements into a convincing drama. For that you will need to trust her and buy the complete recording.

There are two interesting releases on Naxos. The first is a disk by German-born, American composer Ursula Mamlok (b. 1923) that explores her chamber music, probably her favourite medium. There are six works that cover the years 1962 to 2001, the whole being prefaced with a seven-minute interview with the composer. The second release continues Naxos’s admirable John Cage series with a third instalment of his works for two keyboards, comprising his Winter Music, Two2 and Experiences No. 1.

Volume 9 of Bridge Records’ Poul Ruders Edition concentrates on his chamber music, including his New Rochelle Suite for guitar and percussion, Schrödinger’s Cat (12 Canons for Violin and Guitar) and 13 Postludes for Piano. Volume 16 of their George Crumb edition, meanwhile, contains the first recording of the last part of the composer’s American Songbook series as well as a new song series Sun and Shadow, setting the poems of Lorca. Finally on Bridge there is a new album containing première recordingsof Peter Lieberson’s romantically inclined Piano Concerto No. 3 and Viola Concerto performed by Steven Beck (piano), Roberto Diaz (viola) and the Odense Symphony Orchestra under Scott Yoo.

A few other interesting finds hither and thither to check out. On Sony Classics piano-bass-drums trio The Bad Plus have released their interpretation of The Rite of Spring. It’s good fun; rather well making the point that classical music can transcend questions of genre. Try it out on Spotify if you’re not sure. On Chandos, there is a new disc of works by composer Edward Gregson, containing his Dream Song for orchestra, his Horn Concerto and Aztec Dances for flute and ensemble. Back to NMC, finally, for John Casken’s Apollinaire’s Bird, a single movement work for oboe and orchestra based on the poem Un oiseau chante by Guillaume Apollinaire. It is a bargain at just 79 pennies for half an hour of music.