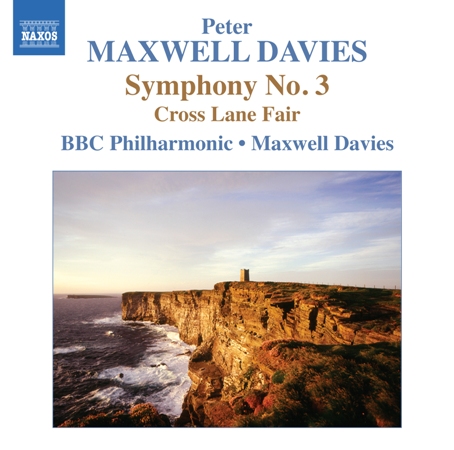 A quiet month. Only Naxos – as usual – has produced new albums of recent music. Three of these are in its American Classics series. There is a recording of music by Alan Hovhaness with his Symphonies 1 and 50 and Mount St. Helen with Schwartz and the Seattle Symphony Orchestra; Peter Menin’s Symphony No. 3 and the concertato Moby Dick, also with the Seattle forces; and a programme of David Del Tredici piano works, the first recording in a complete survey, including: Aeolian Ballade, Ballad in Lavender, Ballad in Yellow, S/M Ballade and Gotham Glory. The Hovhanesss and Menin, who were near contemporaries, make an interesting contrast, the Hovhaness wholly refusing to engage with modernism, Menin more astringent even if still essentially tonal. Del Tredici, who unlike the other two is still alive, is known as the father of American Neo-Romanticism.  His works are attractive and approachable, though, especially in the ‘pianistic terror’ that is S/M Ballade, with plenty of substance too.

Perhaps the most important of Naxos’s releases this month is a new recording of Maxwell Davies’s Symphony No. 3 and Cross Lane Fair, since it is features the composer himself in charge of the BBC Philharmonic Orchestra. The symphony owes much of its structure to the principles of architecture, though Davies has also written that ‘the architectural proportional devices…related at least as directly to the spiralling mollusk shells on my desk…and to the spirallings of the huge breakers crashing in from the Atlantic on that same shore.’ Like many of his pieces, therefore, it is very firmly rooted in his adopted island of Orkney. Written in four movements that might, in their slow-fast-fast-slow plan, owe something to Mahler 9, it is a work of great power that, nevertheless (and perhaps like Mahler), requires the listener to work at its understanding. As if to sweeten the deal it is paired with the much lighter Cross Lane Fair, an attractive and accessible work that is inspired by memories of a fairground near Salford.

The 20×12 project continues to be a great source of discovery and, to my mind, the most interesting offshoot of the Olympic Games. NMC have recently released three new pieces in the series: The Voyage by Michael Wolters, Zatopek! by Emily Howard and Fire by CT founder David Bruce. These new works greatly enrich what was already a delicious smorgasbord of new music. As before, they are available as a subscription download, and as individual tracks on iTunes, Amazon and Spotify.