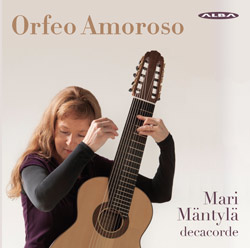 NMC is taking preorders for its New Music Biennial Subscription in association with the PRS Music Foundation. The programme builds upon two earlier NMC programmes, the New Music Biennial 2014 and the Cultural Olympiad scheme, New Music 20×12. For £10 you will receive a series of recordings by Eliza Carthy, Mica Levi, Simon Holt, Peter Edwards, Jennifer Walshe and others. Also just released on NMC is Brian Elias’s Electra Mourns, a setting of a 5th century BC play by Sophocles, along with two song cycles, Meet me in the Green Glen and Once did I breathe another’s breath.

Brett Dean’s Dramatis personae for trumpet and orchestra and Luca Francesconi’s Hard Pace, Concerto for trumpet and orchestra receive electric performances by Håkan Hardenberger with the Gothenburg Symphony and conductor John Storgårds in a new release on BIS. Also on the label are instrumental works by Tommie Haglund, headlined by his prize-wining cello concerto Flaminis aura; and John Pickard’s Symphony No. 5 with the BBC National Orchestra of Wales conducted by Martin Brabbins.

In the American Classics series Naxos has just made available recordings of viola concertos by Amanda Harberg and Max Wolpert, both of which were written for and here played by Brett Deubner. The title piece of Bright Sheng’s new album of chamber music, Northern Lights, explores a common thread in his music, that of folk music; Melodies for Flute, on the other hand, is inspired by Chinese poetry; Hot pepper by the ‘the spicy cuisine of Si Chuan province.’ The Naxos series exploring the music of Hungarian composer László Lajtha this month reaches volume 5 with the release of his Symphony No. 7 Revolution Symphony

Lyrita/Nimbus has just released archive recordings of works by Gordon Crosse. Whilst the performances and sound are variable, they are welcome additions to the discography of this no-nonsense serial composer. An interesting project by British Composer Orlando Gough, released on two CDs on Signum Classics, sees him attempting to recreate Sir Francis Drake’s circumnavigation of the globe using a viola consort, an ensemble that accompanied the sailor on the trip. It mixes music from 16th century England, sounds that the sailors might have heard as well music from local cultures along the route. On Alba, finally, is Orfeo Amoroso, a programme of guitar music played by Mari Mäntylä. It includes works by Graham Lynch, Pekka Jalkanen, Jukka Tiensuu, Nikita Koshkin, Anastasia Salo, Sid Hille, and Tõnu Kõrvits.