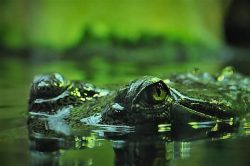 The interface between music, engineering and the life sciences is an ongoing area of research at Plymouth University’s Interdisciplinary Centre for Computer Music Research (ICCMR). ‘Decoding Life’, the theme of this year’s Contemporary Music Festival (2–4th March) is, then, a celebration of this research. Not all of the events involve music, but three are definitely worth checking out: on 4th Ensemble Bash premiere new works by ICCMR composers, Williams, Gimenes and Miranda, plus 2018’s guest composer and music technology pioneer, Archer Endrich; on 4th there are works all inspired by life, both terrestrial  and extra-terrestrial, by Richard Abbott,  Alexis Kirke and Núria Bonet; and, on the same day, there is a cinematic piece of electronic music by ICCMR post-graduate research student Alan D Miles which attempts to capture and explore the experiences of epilepsy.

Zeit für Neue Musik in Bayreuth, Germany starts on the same day as Decoding Life but runs, albeit intermittently, until 11th. The emphasis is on mainstream continental (including Russian) composers, both alive and recently deceased. Highlights include a concert featuring piano compositions by Robert H.P. Platz, which will include the use of computer manipulated sound; pianist Olga Andryushchenko playing works from the former Soviet Union; and the world premiere of a new work by Leipzig-based composer Günter Neubert.

In contrast the London Ear Festival of Contemporary Music (21st–25th) has just three themes: Japanese music, composers from countries on the Baltic coastline, and the music of Luciano Berio. The first of these includes works by Toru Takemitsu, Yûta Bandoh, Misato Mochizuki, Kotoka Suzuki, Shintaro Imai and Toshio Hosokawa; the second by Dobromiła Jaskot, Dariusz Pryzbylski, Arturas Bumšteinas, Gailė Griciūtė and Martin Stauning and Erkki-Sven Tüür. The Berio thread is also a rich one, with 12 works on offer, including a number of his Sequenzas. There will also be the opportunity to hear Berio’s widow, Talia Pecker Berio, in conversation with Andrew Kurowski and the Festival Directors.  Aside from these themes there are a number of works from British composers and a total of 18 world premieres.