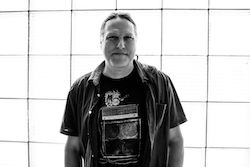 I talk to U.S. composer Mark Grey. Hot from the world premiere of his grand opera Frankenstein in La Monnaie, Brussels, he is now working on a new chamber opera, Birds in the Moon, which will be performed next year.

Tell us a little about your new opera, Birds in the Moon.

The storyline for BIRDS is loosely based on the eccentric theory penned by 17th Century scientist Charles Morton, who hypothesized that birds migrate to the moon. According to Morton, birds migrated every year to the moon where they fed and reproduced. He believed that the majority of birds came back to earth with their offspring, yet the rest of them were simply lost in space. Charles Morton’s eccentricity serves the libretto with its main theme, the journey of the migrant – using the bird as a metaphor for a person, and the moon as a metaphor for a promised land or the wealthy countries of the so-called first world.

Some of the most important sociopolitical issues we will continue to face in this century are no doubt immigration, migration, human trafficking and human rights. Our BIRDS is certainly hinged around these larger topics, but focuses on a fantastical story of one migrant’s journey and her child’s fate.

BIRDS probes the fragility and vulnerability of the people who live on the economic, physical and psychological fringes in our society. Dishonesty, a lack of dignity, insolence, falsehood, unjustified use of force, inequality and corruption have become values in the narratives of the dominant elites in both political and economic spheres – all while hiding the real interests of money and power. It’s an integrally transcultural fable, belonging to the native peoples of North and South America as well as to the first Iberian tribes, contemporary Syrian mothers, sub-Saharan, Eurasian and Oceanic sons and daughters. Ultimately, it is a story of hope, deception and courage.

It’s quite a different prospect to your last opera, Frankenstein. Was the contrast intentional?

Yes, it’s intentional. I find that mixing up projects, especially contrasting ones, does keep my creative ideas very fresh. The difference between writing a full opera presented in a theatre, like FRANKENSTEIN, and BIRDS, which will be staged in a shipping container on the back of a large truck, is really quite dramatic.

One of the most unique technical aspects of this chamber opera is the set itself and its mobility. Lights, sound, video and props are all powered by contemporary solar energy battery cells concealed in the bottom of the shipping container, acting as the floor of the set. Meyer Sound Laboratories Inc. will collaborate on developing a bespoke sound system for installation in the traveling stage. This gives our production the freedom to be staged anywhere a container can be parked, without external power supply. As the sides of the container open to expose the action of the two cast members, we can place the string quartet on the ground level just in front of them. We can then roll out stairs on either side of the musicians to create an intimate orchestra pit. This gives the characters the freedom to roam from the elevated stage down on to the ground level around the quartet, and even up to the container’s roof, where our mythical bird can fly free.
Tell us a little about the genesis of that earlier work, Frankenstein.

Our FRANKENSTEIN opera was to originally premiere at La Monnaie in June 2016, but the city of Brussels vacated the company from the building in early 2016 to reconstruct the foundation of the opera house. In doing so, La Monnaie had to rethink their programming into alternate venues during the impacted season, which FRANKENSTEIN was part of. We all decided to postpone the premiere date of our opera until the building work was complete. By December 2015 I had essentially written the opera, and with its musical material just sitting around gathering dust, I decided to extract five scenes to create a FRANKENSTEIN SYMPHONY. The work, which is for a large instrumental orchestra with no voices, was premiered by The Atlanta Symphony and The Berkeley Symphony in 2016.

When and where can we look forward to the premiere of the new piece?

The premiere of BIRDS will be taking place around Fall 2020 in the San Francisco Bay Area, with other locations to be announced as well. As we get closer to the premiere date detailed posts on my website will be made available.

To go back a bit, tell us a bit about your background and how you came to be a composer.

Growing up in the 1970’s in Palo Alto, California – the heart of Stanford University and the birthplace of the Silicon Valley – I was surrounded by very talented people, as one could imagine. It was a profound time for exploration as a child. Our public school system would place music instruments in the hands of all children at around the age of seven. Some took to this, as with myself and the trombone. When I was approaching my teens I switched to both piano and guitar, and it wasn’t long before I was writing music for both instruments.

About 30 years ago I had the opportunity to begin working with the American composer John Adams, who has been an extraordinary mentor to me. Both John and his long time collaborator / stage director Peter Sellars have offered me a window into the complex and colourful world of how operas are created and how artists prepare a large work for the stage.

You are also known for your work as a sound designer, especially with the Kronos Quartet and John Adams. Tell us a little about your experience of working in this field and how, perhaps, it informs your work as a composer.

Sound design in opera and orchestral concert music is a fairly new concept, whilst set and costume designers have been around for centuries. As we find ourselves deeper in the 21st Century, the way in which we listen to music is changing due to the advent of digital audio recordings, television, live HD opera simulcasts and performances of all genres using high-quality sound systems. We are demanding more clarity from our artistic experiences and opera is no different. As more living composers write more works, including myself, the rules will continue to change. Composers are explorers and we always test the grounds on which we stand. Wagner built his own theatre to create his perfect sound world. One could say that he was an early pioneer of sound design.

What advice would you give to a young composer starting out?

Study hard, be free, stand against social injustice, and always express yourself in Technicolor.