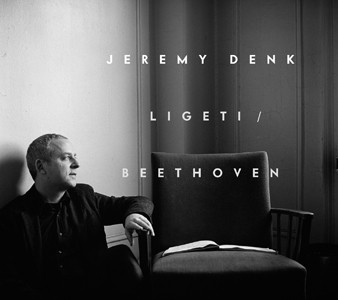 I’ve spent the last few days listening to a couple of new CDs. The first involves violinist Hilary Hahn, whose recording of Ives violin sonatas I reviewed a few months back. This time she has teamed up with pianist Hauschka (Volker Bertelmann) in a new recording on DG entitled Silfra, named after a geographical feature near Rekjavik, where the North American and Eurasian tectonic plates meet. To some degree this is a metaphor for the disk, since it represents a meeting of two very distinct musical personalities. The disk is, however, a crossover with a difference. Hahn is leaving her normal comfort zone not so much in terms of genre: whilst Hauschka’s recordings do owe a great deal to more popular styles such as house music (listen, for example to his incredibly catchy disk Salon des Amateurs), he is also linked to mainstream composition via his use of prepared piano in the manner of Cage. For Hahn, however, this represents new territory in that the recording is more or less improvised.

The partnership between the two began back in 2009 and in the intervening period they have been meeting for free-form improvising sessions. This disk is the fruit of that collaboration. Many will find much to admire. Perhaps taking the lead from the rich range of sounds Hauschka elicits from his instrument, Hahn responds by eschewing the warmth of her instrument in favour of a hard sound often devoid vibrato. Instead we are treated to almost inaudible pizzicatos, fleeting scrapings, high harmonics, tremolando sul ponts, relieved by only the occasional melody. The music is skilfully improvised, even if I found it often harmonically static and perhaps a little too reliant on textures that gradually accumulate counterpoints. The result is a pool of ideas that is, perhaps, a little too easy to take in one go. It’s all very Zen and I can see why the marketing people are having a field day, trumpeting the release of a vinyl special edition and a world tour. To my own mind I prefer something with a bit more meat.

And if it is meat you’re after, why not check out Jeremy Denk’s premiere recording on Nonesuch consisting of Ligeti Piano Etudes Books One and Two paired with Beethoven’s Piano Sonata No. 32 in C Minor. It feels pointless trying to explain in words the brilliance of Ligeti’s Etudes, so I’ll simply say that, if you don’t know them, go and buy this recording immediately. Denk plays with complete technical and aesthetic authority in this demanding repertoire and, whilst the recording doesn’t supplant Pierre-Laurand Aimand’s also superlative recording on Sony, many will prefer this disk because of the intelligent placement of the Beethoven mid-programme. Ligetians will want both.

Releases on Naxos include: a new recording of Bartok’s Concerto for Orchestra and Music for Strings, Percussion and Celesta with the Baltimore Symphony Orchestra under Marin Alsop; Songs for Lada and To the New World by Belarus-born composer Alla Borzova; a disk of Richard Danielpour symphonic and choral music with the Seattle Symphony Orchestra and Chorale under Gerard Schwatz; a new recording of Britten songs performed by Iain Burnside and Roderick Williams; Gorecki’s Concerto-Cantata and other works with the Warsaw Philharmonic under Antoni Wit; three orchestral pieces by Morton Gould with the Seattle Symphony again under Schwarz; and Maxwell Davies’ Symphony No. 2 and St. Thomas Wake with the BBC Philharmonic under the composer. As well as the 20×12 recordings mentioned in my last blog post, NMC have also released a recording of music, including Colossos or Panic, by Alexander Goeher with BCMG under Oliver Knussen. DG and Decca are also reissuing a number of interesting recordings at the moment that are worth checking out. These include: Cage Sonatas and Interludes, Birtwistle’s The Triumph of Time, Berio’s Sinfonia, Varese’s Ameriques, Stockhausen’s Gruppen and Steve Reich’s Drumming.