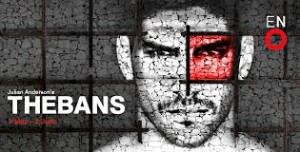 Harrison Birtwistle turns 80 in July, with birthday concerts starting in earnest this month. One of the best places to enjoy the celebrations is at the Barbican, London.  There will be a concert performance of the opera Gawain on 16th May; the monumental Earth Dances, a work that has been compared to Le Sacre du Printemps, on 20th; two concerts of chamber music and songs, including the piece that that established Birtwistle’s reputation, Tragoedia, on 25th; and Fields of Sorrow and Melencolia I on 30th. There will also be a series of lectures and two chances to see Tom Mustill’s new film about the composer on 25th. BCMG, who are performing in this Barbican series, will also be presenting some of their programme at the CBSO centre in Birmingham on May 10th.

Julian Anderson has two world premieres this month. Most significant is the first performance of his opera Thebans, a retelling of Sophoclean tragedies that focuses on the fate of Oedipus and his daughter Antigone. Written in collaboration with distinguished playwright Frank McGuinness, it receives its premiere on 3rd May at ENO. Performances continue until 3rd June. On 15th May there is also the chance to hear the first performance of his String Quartet No. 2, given by the Arditti Quartet at Wigmore Hall.

Errollyn Warren’s new work Full Fathom Five, dedicated to the memory of Nelson Mandela, receives its world premiere by the Melodia Women’s Choir of NYC at the Church of the Holy Apostles on May 3rd. You can also hear Welsh composer William Mathias’s deliciously enjoyable Learsongs in the same concert.

Mathias’s contemporary Mervyn Burtch is a highly respected figure in the principality that deserves to be more widely known. His new work 4 Portraits of Dylan Thomas receives its first performance on 5th May by BBC National Orchestra of Wales where there will also be the rare chance to hear works by Daniel Jones and Alun Hoddinott.

The Kronos Quartet are celebrating their 40th birthday on 13th May in a concert that includes UK premieres of Glass’s String Quartet No. 6 and Ukrainian composer Mariana Sadovska Chernobyl. The Harvest. In Edinburgh, meanwhile, the Edinburgh Quartet will give the first performance of Helen Grime’s String Quartet on 21st.

Festival season gets going in earnest this coming month. The Prague Spring International Festival begins on May 8th with, amongst other things, a concert of world premieres on 19th. The Sounds New Festival (2nd–9th) in Canterbury contains some really innovative programming, from concert performances by London Sinfonietta on one hand to a dusk improvisation on a decaying piano in a wood on the other. The full programme can be found here. The Vale of Glamorgan Festival (8th–17th), held in various venues in South East Wales, this year remembers the works of John Tavener, visiting ensemble Juice perform works by nine contemporary composers and there is a whole day dedicated to up-and-coming composers studying at the Royal Welsh College on 13th.  The York Spring Festival (9–11th), finally, celebrates new music of every style and genre, including pop, rock, jazz and classical. Composers represented include James Cave, Christopher Mullender, Stef Conner and Philip Cashian.