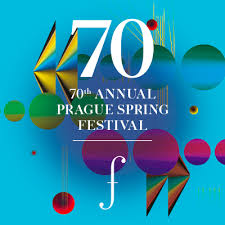 I was sorely tempted to head from Basel to Prague in May: a month in a beautiful (and relatively cheap) European city with a major music festival sounded promising. As well as a wealth of other repertoire played by world class performers, new music events at the 70th Prague Spring Festival include: a revivalof Ľubica Čekovská’s opera adaptation of Oscar Wilde’s The Picture of Dorian Grey on 19th; the Prague Philharmonic Choir singing John Tavener, Arvo Pärt, Veljo Tormis and Eric Whitacre on the same day; the Czech premiere of Einojuhani Rautavaara’s Apotheosis from Symphony No. 6 on 21st; and Berio and Britten on 23rd and 27th. Unfortunately my commitments will keep me here, but, if you’re tempted, there’s still plenty of time to organise a visit; the festival runs from 8th–3rd June, (though the first few days are a flute and clarinet competition, the official opening concert being on 12th).

The York Spring Festival is looking to create a carnival atmosphere in the city over the course of the weekend of 9th–11th May, with a spirit of exploration and openness to all genres. There are some imaginative events on offer. On 9th Latrabjarg: an Ecological Requiem for electric cello, counterternor and chamber ensemble by James Cave and Christopher Mullender explores loss of culture and the natural world; the Dark Inventions’ concert on 10th mixes folk song with music by British composers, including the the work Firewheel  by Philip Cashian. On 11th there is a morning of new music debate and discussion, the day being rounded off by a Nonclassical Contemporary Music Club Night at 9.30pm.

The Vale of Glamorgan Festival (12th–23 May) takes place in a variety of venues in South East Wales. This year the focus is on celebrating Arvo Pärt’s 80th birthday, with performances spread throughout the festival programme. There will also be the chance to hear music by British/Bulgarian composer Dobrinka Tabakova, including her Fantasy Homage to Schubert,  Frozen River Flows, and the UK premieres of Such Different Paths and Of the Sun Born. World premieres include Between the Waves by Tom Green and Xiao Ying’s Septet. Other living composers represented include Peter Reynolds, John Adams, Richard Ayres, Tan Dun and Jaan Rääts. On 12th there is also a New Music Day, where the Nieuw Ensemble will play compositions by emerging composers at the Royal Welsh College of Music and Drama.

The English Music Festival (22nd-25th) focuses largely on an undeservedly neglected seam of repertoire: more conservative English composers of late 19th and 20th centuries, including figures such as Havergal Brian, Vaughan Williams, Alwyn, Parry, Stanford and Howells. There are also a couple of world premieres and a concert of music given by composer/pianist Lionel Sainsbury.

Some other festivals worth exploring in May, especially if you are nearby include: the Techtonics Festival (1st–3rd) in Glasgow; the Norfolk and Norwich Festival (8th–24th); the St. Davids Cathedral Festival in Pembrokeshire, Wales (22nd–31st); the Northern Chords Festival in Gateshead, Durham,  Corbridge and Newcastle upon Tyne (25th–30th); and the Holland Festival (30th May–23rd June) in Amsterdam.

A quick heads up that the Proms programme is now published. You can see it here.

Also two Helen Grime world premieres worth seeking out: her Concerto for Clarinet and Trumpet will be performed on 7th May at Bridgewater Hall Manchester by the Halle with soloists Lynsey Marsh (clarinet) and Gareth Small (trumpet); a new String Trio by The Chamber Music Society of Lincoln Center at Wigmore Hall on 8th.