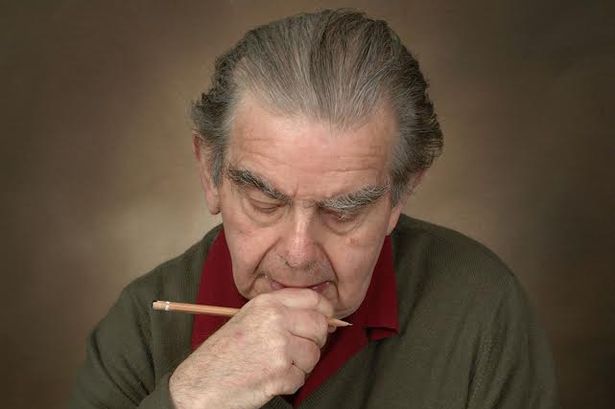 Many readers will not have heard of Mervyn Burtch, a Welsh composer who died on 12th May aged 85. For Welsh musicians his is a very familiar name indeed. His practical attitude to composition – the belief that a composer should serve his community – resulted in a large body of work, a significant proportion of which was written for amateurs and children. In this way Burtch touched the lives of many Welsh people.

Burtch hailed from Ystrad Mynach, attending Lewis School at Pengam, where he was taught by the composer David Wynne, a key early influence. His career also followed a similar path: he became Head of Music at Lewis School for Girls before teaching at the Welsh College of Music and Drama from 1979. It was probably his experience as a schoolteacher that enabled him to write so effectively for young people.

In an age when composers agonise over their style, Burtch, it at least appeared, had few such doubts, producing more than 650 works over his long life, including 17 string quartets, 14 concertos and numerous youth operas, choral and brass band works. In reality his style, accurately described elsewhere as ‘brisk, clear and concise, with an instantly recognisable voice’ was the product of hard-won professional determination. Neither should his fecundity obscure the fact that, especially in his more introspective works, his musical language could be stark and challenging.

Burtch will probably be best remembered for his youth operas, a product especially of the Welsh College of Music and Drama Schools’ Opera Programme, which he directed. These include works based upon well-known tales, such as The Pied Piper (his first opera for schools, written whilst still a teacher) and Alice in Wonderland (1997); others suggesting elements of Welsh culture, as in The Dragon of Abercwmgoch (1984); or the much more outlandishly titled Percy the Martian (1988) or Sam Sparrow and the Coca Cola Well (1992). His reach into youth music making wasn’t just through the medium of opera, however: there was also a substantial quantity of amateur music for choirs and brass band.

My own first experience of his music was playing second cornet in the première of his Concerto for Piano, Brass and Percussion in the National Youth Brass Band of Wales. What was interesting, looking back, is that the work was an intensely serious one with, as I remember, a dark, brooding slow movement and a finale of sardonic Shostakovich-like energy. His success in writing for amateurs was a product of him understanding what was and wasn’t possible whilst, at the same time, not compromising his style.

Others have written of his kindliness and unassuming nature. I had lunch with him once at the age of 17, also in the company of A.J. Heward Rees, who was then Director of the sadly now defunct Welsh Music Information Centre. I was incredibly impressed to be meeting a real composer and, I think, a bit tongue-tied. He was easy-going, natural and incredibly encouraging. I saw the same thing some years later during the rehearsals for The Pied Piper in 1999, where he patiently played piano for rehearsals of a little group of very young players in the Welsh College of Music Pre-Junior Department.

Given that Burtch became such a fixture in Welsh musical life, it seems astonishing that the discography of this composer is so limited. On Spotify I am able to locate only one recording, his Aladdin Overture, which shows the composer at his most urbane and fluent, but does not give a fair view of his compositional range. For more introspective Burtch try the Four Portraits of Alice in Wonderland (1982, rev. 1993) or his Dream Sequence (1986) for horn and piano. If you can track them down there is also a short collection of his choral music, recorded by the Cardiff Polyphonic Choir, and also individual works on collections of other (especially Welsh) music, including his Prelude, Arioso and Dance, Three Welsh Folksongs and Sonatina.