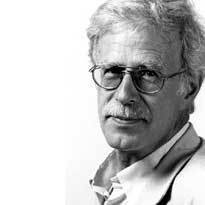 Mortuos plango, I mourn the dead. Though annus horribilis is, perhaps, an exaggeration, the grim reaper has done his work unusually well in 2012. This has especially been the case in the last three months.

In October we lost Hans Werner Henze, who left behind some two-dozen operas and a bewilderingly diverse range of other music, drawn together only, perhaps, by his commitment to left-wing socialist politics. Elliott Carter followed him in November. In his case we had much to be grateful for, since, not only was he granted longevity, but a creative energy that lasted into and beyond his hundredth year. Dave Brubeck died at the beginning of December. Whilst not a classical composer, the reassessment of Jazz as a high art form has led to him receiving renewed recognition as a creative artist. On 11th December we lost both Ravi Shanker and Galina Vishnevskaya. Most famous as a player of the sitar, Shanker was a composer too (not just in the improvisatory sense), having written music for films as well as a concerto for his instrument. He will also be remembered as a key influence upon George Harrison and Paul McCartney. Russian soprano Vishnevskaya was, with her husband Mstislav Rostropovich, a great friend of Benjamin Britten. Most famously, he wrote the soprano part of the War Requiem for her, though the Soviet authorities would not let her attend the première (she later recorded the work with Britten).

The day before Brubeck, on 4th December, we lost Jonathan Harvey. Compared to the others, his death felt different: at 73 he was much younger, so it was easier to imagine what might have been had he been granted a little longer.

My own introduction to the remarkable sound world of Harvey was through his Ricercare una melodia for trumpet. I was a student at university casting around for a piece to play for my second year recital. The work serves as an excellent example of his ability to write music that miraculously ticks all the boxes. It consists of a solo trumpet playing into a microphone connected to two four-track tape delays. As the soloist plays he canons with his musical line as it is played back in four parts. There is a twist, however, when the speed of one of the delays is altered so that the musical material is displaced by an octave, then by two and so forth. At the end the counterpointing parts disappear into the depths. The effect is mesmerizing.

Hearing and playing the piece was a watershed moment for me. At the time I was struggling to come to terms with avant-garde music. It seemed to make no sense to my ears, often feeling grey and diffuse. Ricercare was a stepping-stone to a more profound understanding of music. Like his much more famous Mortuos Plango, Vivos Voco (I call the living, I mourn the dead), whose title so aptly describes the last few months, Harvey had the uncanny knack of writing cutting-edge music that spoke directly to the heart. He will be greatly missed.

There have already been useful obituaries of the composer that are viewable online at the Telegraph, Guardian or Independentwebsites. There is also an excellent interview biography by Daniel Jaffé on this site. It was not my intention to add to them here. I have, however, been able to glean a small amount of information about his early life that does not seem to be readily available elsewhere. I got this from my father, who was at school with the composer. The Guardian, for example, has Harvey composing from the 1960s. Jaffé says from the age of six without giving further specifics. What is certain is that Harvey was active as a composer whilst a schoolboy at Repton. In 1957 Eric Maschwitz was commissioned to write a drama, entitled A Masque of Schollers, to celebrate the school’s quatercentenary. My father remembers this.As well as music from old Reptonians, it included contributions from Harvey, who was still a pupil. The two movements, Poor Tom and Old John of Etwall, were played, it seems, by the Harvey Trio, which presumably he formed whilst there. He also wrote and played a piece for cello in 1956.