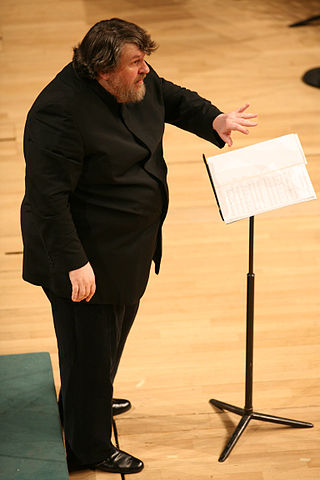 The musical world today mourns the loss of one of the outstanding figures in contemporary British music, composer and conductor Oliver Knussen, CBE. He was just 66.

Ever self-critical his compositional output was not large, each piece instead being marked by a crystalline perfection and marvellous ear for orchestration. Always generous with his time, he was also a crucial figure in supporting the development of the younger generation of composers. He will be sorely missed.

Tributes have been pouring in from his many friends and colleagues.

The Birmingham Contemporary Music Group, with whom Knussen had a long-running association as conductor and Artist-in-Association have put up a personal tribute page, including the following words:

‘Birmingham Contemporary Music Group are devastated to learn of the passing of our dearest friend and Artist-in-Association, Oliver Knussen….We cannot begin to process the loss of this wonderful man to both the musical community and the wider world.’

The Principal of the Royal Academy of Music, where Knussen was an honorary member of staff, released this statement:

‘The news of Olly Knussen’s death comes as a huge shock to all of us. He was a deeply loved teacher and friend. Olly’s years of regular visits here as Richard Rodney Bennett Professor of Music will remain amongst the most memorable and treasured for all of us who worked with him.’

‘We are deeply saddened by the death of Oliver Knussen, a dear friend and colleague to the Proms. Olly performed at more than 30 Proms across 4 decades, memorably marking his 60th birthday in 2012 (article below) when he conducted the @bbcso in a performance of his 3rd Symphony.’

‘He was like my dad really, he was just so generous and kind apart from being an amazing musician. He was a great teacher as well. He used to say to me: just get on with it, don’t listen to other people, you will be played by orchestras.’

There will surely be many more.