Open Letter to Sound and Music 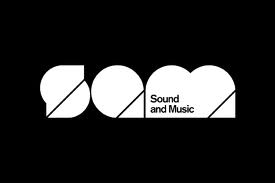 So did anyone sign the open letter to Sound and Music? I received a copy a couple of weeks ago, but in the confusion of moving house forgot about it. The letter, viewable here, must have been uncomfortable reading for SAM, since it effectively shows the organisation to be rejected by the very constituency it is supposed to serve. That view is leant weight by the number (250) and profile of its signatories (including Sir Harrison Birtwistle, Sir Peter Maxwell Davies, Julian Anderson, George Benjamin, Sir Richard Rodney Bennett, Martyn Brabbins, Michael Finnissy, Anthony Gilbert, Steven Isserlis, Oliver Knussen, Paul Mealor, Thea Musgrave and Judith Weir). The document went public in the Guardian on 30th March in a blog post by Colin Matthews entitled ‘Why Sound and Music is failing today’s composers’. That and the responses to his post on the same page are essential reading.

When I received the letter I was unsure what to make of it. I became aware of one of the forerunners of SAM during my student days, with several unsuccessful applications to the SPNM shortlist. Despite my failures, I thought, and still think, that the idea behind the shortlist was brilliant: a panel of highly regarded professional composers reading through a selection of anonymous scores. The composers whose works were considered ‘best’ were then nurtured over the course of their three years on the SPNM shortlist. A friend of mine got on the list, and was afforded some marvellous opportunities. I paid my SPNM fees each year, and tried to get on the list. Composers need to live in hope.

I heard about the amalgamation of SPNM into SAM at an SPNM organised composing with technology day. Apart by being stupefied by the name —  ‘S&M’, what on earth were they thinking of? —  I got the impression that the opportunities offered by SPNM would be automatically incorporated into SAM. I joined SAM specifically to apply to the new ‘SAM’ shortlist. It never appeared. Now I’m not entirely sure whether I’m still a member. I may be if I left a direct debit running. As such, the elimination of the shortlist was possibly a bad financial as well as artistic decision. Though shortlist application was open to non-members (through an appropriate fee), the competition itself was a great incentive to pay for membership. With last year’s huge cut in funding to SAM, I wonder whether there is, indeed, a paying membership shortfall that is much missed.

What of the other criticisms in the open letter? I’m not really qualified to comment on the proportion of support offered to sonic art as compared to notated music. The letter rightly points out that the former is worthy of support, but the balance has become skewed unfairly in favour of it. All I can say is that I do receive a lot of bumph from SAM (I’m obviously still on a mailing list) and there seems to be a high proportion of opportunities levelled solely at sonic artists. This is a subjective view, however, so doesn’t really constitute evidence. The criticism regarding the elimination of the BMIC seems to be better answered by SAM in their response to the open letter and in the comments section beneath the Guardian article. It points out that the BMIC collection was actually warehoused in 2007 because there were insufficient funds to keep it in London. It is SAM that has secured its future at Huddersfield University. Also on the positive side, I would agree that SAM’s Embedded projects are a success. Another friend of mine successfully applied for one of these recently and had a new work played by the BBCSO on Hear and Now. These kinds of opportunities are priceless.

I do have one specific criticism of the types of opportunities offered by SAM that was not really covered in the open letter, however. The BBCSO Embedded project was limited to composers of a certain age (35 and under, I seem to remember). Subsequent projects, instead of giving a specific age, stipulated that they were for composers ‘at the beginning of their careers’. This would also seem to imply for younger composers. I’ve got nothing against promoting and nurturing the young, but SAM, like everyone else, appears to be fixated with it. The other projects they list in their response to the open letter are indicative of this: the Sound and Music Summer School for 14-19 year-olds and the minute of listening project in schools. As I approach the grand old age of 40 I can see composing opportunities like those offered by Embedded drifting out of my reach. The great thing about the SPNM shortlist was that it was anonymous and open to all, regardless of age. It was a great leveller. In this youth obsessed age, what would have become of a late-bloomer in the mould of Janacek?