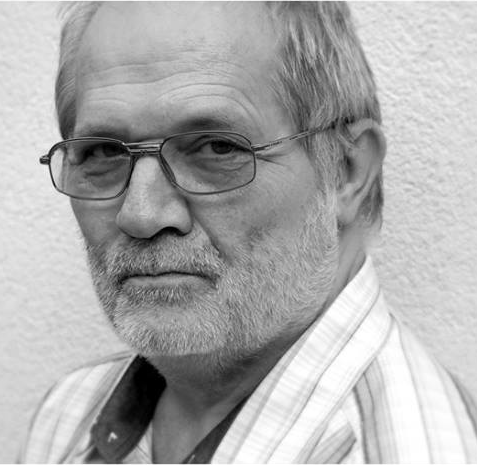 14th May saw the latest in the BBC Symphony Orchestra’s ‘Total Immersion’ days, this time dedicated to the music of Hungarian composer and conductor, Peter Eötvös. As usual on these days, there was an embarrassment of riches on offer. This included The Seventh Door, a film portrait of the composer by Judit Kele; a concert given by the Guildhall New Music Ensemble, with UK premiéres of Paris-Dakar and Sonata per sei; a film of Eötvös’s 2001 opera Three Sisters, based upon the Chekov play; and a chance to hear the composer talk about his music and introduce the final part of the day – an evening concert given by the BBC Symphony Orchestra. This was broadcast on Radio 3, which I listened to on iPlayer over the weekend.

Like that other great Hungarian composer, Ligeti, Eötvös’s early years were lived under communism, with its corresponding limitations on artistic freedom. Whilst his relative youth meant he was less affected by the worst excesses of Stalinism, also like Ligeti he had to leave the country to connect with the Western European avant-garde. And whilst he sees himself as next in line after Liszt, Kodaly and Bartok, it was clear that his contacts with Stockhausen and Boulez were of critical importance to his development as both a composer and conductor. He is still perhaps best known as the latter in this country, and so it was appropriate that he himself took charge of the final concert of the day, his expert control on the podium making him the obvious advocate of his own music.

The concert opened with zeroPoints, for full orchestra, written for Pierre Boulez. Eötvös, we learnt in the preamble, was much influenced by Stockhausen’s interest in electronic music, though he had his own take on this: ‘I think that…the traditional orchestra’s sound could be elements that we took from the electronic. I tried to create a new sound in the orchestra but without using the electronic instruments.’ He now thinks that the imperfections of the older electronic instruments make them rather more interesting than the more perfect technology of today, and so it is these older instruments that provide the inspiration for his orchestration. Its first clarinet gesture, a reference to the 1khz countdown signals used in film music recordings and the effective ‘zero point’ of the piece, introduces a substantial 15-minute work of beguiling and dizzying orchestral colour. Like the music of his Darmstadt companions it is not music to be taken in or fully appreciated at one sitting – and here at least I was grateful not to be limited to the single hearing a live concert provides – though its obvious shape, with the material near the beginning reappearing in the same pitch centre at the end (followed by a wonderfully droll final gesture on the xylophone), made it immediately satisfying.

The instrumentation of the next piece in the programme, Psychokosmos, provided evidence of Eötvös’s Eastern European roots. The work is a kind of concerto for cimbalom, though not with the classical dialogue between soloist and orchestra. Instead the music seems to flow out of the soloist into the rest of the ensemble. The music was also very personal in nature; the title reflects his desire to explore the cosmos within, ‘to find my inside, what I am and who I am musically.’ In turn quietly introspective and violently self-questioning, the piece asks searching questions that are left enigmatically hanging at the close.

The next piece, Levitation, for two clarinets, accordion and strings, provided a look even further east, to the music of Russian-period Stravinsky. The clarinets are centre stage throughout, with the accordion largely in the background adding piquancy to the texture – again one thought of electronic music by other means. The music has an imagined programme: ‘My vision starts in a street during a hurricane with flying telephone boxes and traffic signs; next a dream sequence which is often repeated during my sleep: I am lifting my legs and I float about two feet high above the ground, not flying but gliding in vertical position through the scenery; then gondolas floating above the water and finally the slowly rising body of a puppet, the “resurrection” of the fairy tale character Petroushka…’ Each part of the programme is handled with incredible wit and imagination; unsurprising perhaps for a composer so adept in the dramatic form of opera. The hurricane of the opening, for example, swirls quite brilliantly and funnily upwards and downward on glissandi tremolo strings, the clarinets punctuating with rising and falling scales and arpeggios. The clarinets also come together at the end in a wonderfully warm homage to Stravinsky; the puppet emerging magically before our eyes.

The final piece, IMA (‘prayer’), for choir, soloists and orchestra, is a portrayal of the biblical act of creation and, as such, was more serious in tone. Again, Eötvös’s love of electronics was very much in evidence, except that this time the retro feel was real, with the presence of an old DX7 synthesiser. The text for the work derives from sound poems by Gerhard Rühn and Sándor Weöres, and whilst the fragmented nature of the text might have been inherent, Eötvös’s interest in the sound rather than the meaning of the words was reminiscent of Berio. At times broodingly intense, at others hypnotically incantatory, the piece brought the concert to a mystical-sounding close with the basses at the very bottom of their vocal register, perhaps suggesting a return to the basic substance from which all of creation derives.