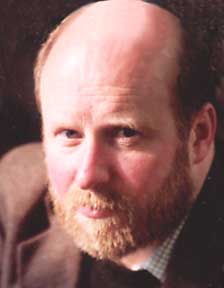 The Welsh musical community felt a deep sense of shock today at the news of the sudden death of composer Peter Reynolds. He was one of those figures that seemed to be at every event, on every committee, a constant and affable fixture in Welsh musical life. It is hard to accept that he has gone.

I cannot, sadly, claim to have known him well. I met him at a number of events related to Composers of Wales, or saw him knocking around Cardiff after some or other new music concert. I was, however, lucky enough to sit down and chat at length with him on several occasions. He was always so knowledgeable, so modest and always ready with a sound bit of advice. Especially I remember him telling me about the dangers of wasting energy on large-scale composing, a pearl of wisdom I have since tried to follow.

There have been many tributes today from people who were lucky enough to know Peter better than me. Many were also keen to share their thoughts here.

In publishing these tributes, I am indebted to Christopher Painter, who helped to put me in touch with many people at short notice.

We are incredibly sad to hear that our friend and colleague Peter Reynolds has passed away. Peter was a gifted composer and true champion of Welsh music and musicians; he was our biographer and programme writer for many years, a constant source of musical knowledge and insight. We will miss him very much; our thoughts are with his friends and family.

Totally bereft to hear that my good friend Peter Reynolds has suddenly passed away. A man of superb intellect with an innate kindness who has been a tremendous source of support to me. A great yet unassuming composer who had so much more to give—he will be missed as a composer but even more so as a gentle, generous and constant friend whose opinion was always valued and whose complete integrity was always in evidence.

Rest in peace Peter, I will miss you more than I can say and will always treasure the knowledge that you were my friend.

Peter was a modest but thought-provoking tutor. Whatever direction I was keen to explore he was always 30 steps ahead of me. He was ultimately caring, loving, never imposing, and most significantly always supportive.

Completely numbed by the news of Welsh composer Peter Reynold’s sudden death yesterday—a true gentleman, a huge supporter and enthusiast for everything musical and, above all, one of the greatest exponents of Welsh music and musicians. RIP Peter, it was an honour to have known you.

Peter has been an inspiration and wonderful friend, mentor and colleague. I’ve known him for 10 years, and admire his work and life. His sense of humour and creativity were outstanding. He was a real renaissance man; he will be remembered for many things. I worked with him at Wales Millennium Centre, programming the foyer performances. He was always supportive and encouraging. Our daughter had piano lessons on the grand piano in his house, which was wonderful. He put on a 7am concert in a remote little church near Abergavenny, which will be a special memory. He cooked delicious tagines and soups, and his hospitality was brilliant. He also loved the local farmers markets and small bakeries. He shared some nice cycle routes around Cardiff and was a keen cyclist. So talented and intelligent yet humble and down to earth. He will be missed by so many…

Piano Circus are so incredibly saddened to hear of the passing of Peter Reynolds. We are happy to have had the pleasure of working alongside him on a number of musical projects in Wales over the past few years. He was a supporter, a gentleman and a friend. His loss will be felt deeply by many, and he will certainly be missed by us.

I first met Peter at RWCMD where he tutored me in composition between 2004–2008. He was  incredibly knowledgable across a vast spectrum of musical genres and would always be able to suggest appropriate repertoire to enhance and enrich his pupils’ knowledge without forcing ideas upon them. Due to having so many musical engagements and commitments, Peter was often unable to give lessons at college and would instead tutor me in his study at his home. The place really was a treasure trove of scores, manuscripts and books—I loved studying with him there! As a student, it seemed there was never a musical event in Cardiff that Peter didn’t attend—he was an ever-present supporter of musical life in Wales.

I returned to RWCMD in 2011 as a tutor in composition and Peter became a highly-valued and much-loved colleague. He remained an incredibly reliable source of knowledge and expertise in both composing and teaching. We would often share ideas with one another and discuss teaching methods, especially during the earlier stages of my lecturing career—something I remain incredibly grateful for.

Peter had an huge capacity for fun, especially when he was hosting people at his home. He was an excellent cook and I fondly remember introducing him to Badger ales, which seemed like a revelation to him at the time!

Peter was incredibly kind, humble, generous and loyal as a friend and colleague. He will be missed enormously by RWCMD staff and pupils, both past and present.

I was very saddened to hear last night of the sudden passing of Peter Reynolds. Peter has played a central role in music-making in Wales—whether that be through ensuring that our rich cultural music heritage is celebrated, publicised and carefully archived or through nurturing, encouraging and developing our future composers and musicians. On a national and international level we owe much to Peter for helping to raise the profile of music in our country. He was a true gentleman, whose wit and good humour could diffuse any situation. Peter has made a lasting impact and his legacy will live on.

I wake this morning in the dim light, and the harsh realisation that the death of Peter Reynolds was not a dream. There is too much anguish and sadness to describe the loss of this man. He was a true bastion of musical knowledge, and will remain in my heart forever as one of my formative teachers and friends.

I first met Peter in a pub during the 1980s. I know this because one of Peter’s boundless talents was an ability to recall exactly where and when he first met you. I was delighted to be able to employ him to run the Glanfa performance programme at WMC and the success of that programme was down to Peter’s knowledge and dedication.  He became a valued friend and I cherish the epithalamion he wrote as my wedding gift. Words can not express how much I’ll miss him.

Remembering Peter Reynolds, a most gifted, versatile and delightful colleague, whose premature passing is a grievous loss to music in Wales. (via Twitter)

Very sad to hear of the passing of Peter Reynolds, a major figure in Welsh music, a WAR contributor, but more importantly, also a friend. (via Twitter)

To learn more about Peter Reynolds:

Canons for the Longest Day