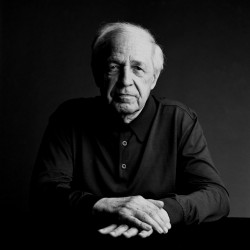 The death of Pierre Boulez marks the end of a remarkable, and often controversial, era in Western music. The last, and arguably greatest, composer of the postwar avant garde, he was also one of our finest conductors, writers and theorists.

Viewed with hindsight there seems to be a certain inevitability about Boulez’s rise. The historical direction of music, particularly the development of serialism at the beginning of the century briefly gave the impression that music could be unified under one stylistic banner. Boulez was ideally placed, both in age and temperament, to take advantage of this fact.

Whilst also a gifted pianist, it was his early promise in mathematics and science that provide the first indication of the Boulezian mindset. In it composition was objectified – the composer’s responsibility was not so much self-expression, but the cultivation and development of a received style. It was an approach that could make Boulez searing in his criticism of others. For example, though he benefitted greatly from his participation in Messiaen’s famous harmony classes in the early 40s, he came to reject the music of his teacher, eventually calling his Turangalîla-Symphonie (1946–8) ‘brothel music’. He was also known to have heckled a neo-classical work of Stravinsky during a concert in 1945 and snubbed Henri Dutilleux at the premiere of his First Symphony in 1951.

Boulez’s impatience derived from what he regarded as the historical inevitability of the serial technique, which he had gradually discovered through composer and theorist René Leibowitz. His first compositions (e.g. Notations, 1945) explored the method and, by the turn of the decade, he was pursuing the system to its logical conclusion by applying the series not just to pitch, but to timbre, duration and intensity. It was also around this time that he made some of his most famously intemperate remarks about other composers, berating them for not properly exploring their musical inheritance (Schoenberg est mort, 1952), and labelling those who did not feel the necessity of serialism as ‘useless’ (Eventuellement…, 1952). His polemical nature meant that the air of controversy never entirely left him. This was most farcically manifested following the New York attacks in 2001, when he was briefly detained as a terrorist suspect in Basel, having once remarked that it might be a good idea to burn down all the world’s opera houses.

The sometimes divisive nature of Boulez’s utterances, together with the early direction of his music, imply a dogmatic nature, an insistence that his way was the only way. Elements of this are certainly true, but his development was, in fact, anything but dogmatic. He seems quickly to have realised that his experiments with total serialism, whilst necessary, were a dangerous cul-de-sac. Subsequent works, beginning with Le marteau sans maître (1953–5) showed a loosening of approach to the serial method and even the granting of freedom to performers, especially in allowing them to choose a route through a work (e.g. Third Sonata, 1955–7; Pli selon pli, 1960–2, rev. 1989–90; or Domaines, 1961–8).

From the 1960s Boulez was increasingly distracted by a second but equally brilliant career as a conductor. This, by his own admission, he came to almost by accident. When he founded the Domaines Musicale concerts in 1953 to promote new music there were few who were qualified to conduct the repertoire. It often, therefore, fell to Boulez to direct. He soon began to be in demand in this new role, eventually quitting France in 1959 to conduct concerts of contemporary repertoire with the Südwestfunk radio station. More posts followed with his appointment as guest conductor with the Cleveland Orchestra in 1967 and principal conductor of the BBCSO and New York Philharmonic in 1971. He returned to France in 1977 to take up the position of director of IRCAM, a role which also led to him founding the Ensemble Intercontemporain, another platform for his conducting, as well as composing, activities. There were also major invitations to conduct operas, including Pelléas et Mélisande in 1969 and 1992 (the latter with WNO winning a major international award); Wagner’s Ring at Bayreuth in 1976; and Janáček’s From the House of the Dead in 2007. Boulez was noted for bringing textural clarity to his performances, often revealing hitherto inaudible detail, and for perfection of execution.

The increased preoccupation with conducting led to a gradual diminution in Boulez’s composing output. The 70s saw the just five new works, the most compelling of which was Notations (1978–), an exhilarating recomposition for large orchestra of his early piano work. The 80s also saw explorations of the technology made possible by IRCAM, with Répons  (1980–4) for two pianos, harp, vibraphone, xylophone, cimbalom, ensemble and live electronics; Dialogue de l’ombre double for clarinet and electronics (1985); and a version of  …explosante-fixe… (1986) for vibraphone and electronics. There were also many revisions of older works, an activity that was not necessarily a sign of dissatisfaction; for Boulez the serial universe opened up the possibility of endless permutation. It was perfectly natural, therefore, that he should explore old works, sometimes completely recomposing (sur Incises, Notations), sometimes merely revising.

From 1980 onwards he received a number of awards, including: the French National Award of Merit (1980), several honorary doctorates, the Wilhelm Pitz Prize of the City of Bayreuth (2001), the Kyoto Prize (2009), the Giga-Hertz-Award for electronic music (2011), the Golden Lion for Lifetime Achievement of the Venice Biennale (2012), the Frontiers of Knowledge Award (2013) and honorary citizenship of Baden-Baden (2015). No doubt the realisation that he was now a cultural insider helped to mellow him a great deal in his later years. This was apparent in two of his recent interviews. In the first (2012), with reference to his early works, he acknowledged his need to balance the ‘constructivism’ he encountered (and even found ‘a burden’) in the works of the Second Viennese School with a freer approach. In another (2009) he talked about how music cannot be compared with science, in that in science things progress, whereas the music of a particular time is not to be considered superior to that of an earlier epoch.

By all accounts, and despite his public persona, Boulez was always a man of great personal charm. Daniel Barenboim, who knew him well, remarked yesterday: ‘Pierre Boulez has achieved an ideal paradox: he felt with his head and thought with his heart. We are privileged to experience this through his music. For this, and so much more, I will always be grateful.’