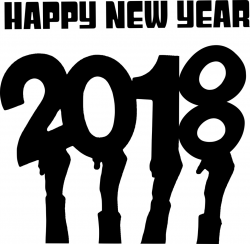 After writing the C:T review of 2017, I found myself reflecting on the things that were predicted to happen in 2017 but didn’t. Chief among these was that a wave of populism would engulf Europe, with the possibility that other countries would follow the UK out of the EU.

Though this did not happen, we must be wary of complacency in 2018. In Europe problems persist: Angela Merkel still struggles to form a government and there are challenges in the east. And the UK still has big decisions to make about its future with the EU. If musicians want to preserve a spirit of cooperation with our friends on the continent it is vital we make our voices heard. The UK may be leaving the EU, but the manner of doing so is still up for grabs.

The world is an unstable and difficult place, but despite this the arts scene is as vibrant as ever. My little preview of 2018, below, is ample evidence of this. There are celebrations to mark the hundredth birthday of Leonard Bernstein; major premieres from Philip Sawyers, John Adams, James Macmillan, Philippe Manoury, Nico Muhly, Esa-Pekka Salonen, Mark Simpson, David Matthews and many others; and the usual round of festivals, of which I present a small portion here.

I will expand upon this preview in the months to come—do check in for my regular roundups. In the meantime I wish you and all C:T member and visitors a peaceful, happy and musical New Year!

23rd Composition Wales Culmination concert. Hear the latest in composition in Wales, as composers worthy of wider exposure have the opportunity to hear their works performed by the BBCNOW.

Also in May (details tbc)

6th–31st Munich Opera Festival Nationaltheater and other venues in Munich.

6th–22rd Buxton Festival. A marriage of opera, books and music, including some by contemporary composers. Buxton, Derbyshire.

3rd–27th Edinburgh International Festival. Programme not yet available, but there is usually a good selection of new music.

17th–25th Lucerne Festival at the Piano.

Date not yet available: