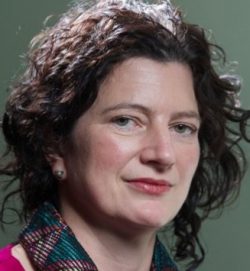 Today is International Women’s Day, which celebrates the ‘social, economic, cultural and political achievements of women’ whilst calling for action to accelerate gender parity.

In this context two articles recently caught my attention. One had geographical relevancy to me, having just moved to the Flanders region of Belgium. It describes a study of 5,227 students from the area, asking them to rate their interest in 24 leisure activities, including in the arts; the extent to which they felt typical of their gender; and whether they felt pressure to conform to gender stereotypes. The result was that ‘the more typical a male adolescent considers himself to be, the lower his interest in highbrow culture’. Conversely,  the ‘more gender congruent a female adolescent is, the higher her interest in highbrow cultural activities.’ It went on to observe that this gender gap is reflected in the US in females outnumbering males both in school musical groups and in audience attendance for all highbrow art forms.

Putting the two studies together begs the obvious question: if women are statistically more likely to be interested in the arts and to be more involved in music-making as students, why are they not following through and becoming composers? Why are they are turning from being creators and participants as youngsters to consumers only as adults? It seems abundantly clear that something, somewhere, is going wrong.

With the weakening of the liberal consensus both in the US and Europe it has become more acceptable to criticise efforts to redress gender imbalances. Some would even argue (as has Milo Yiannopoulos with regard to women in science) that Eastburn’s statistics are simply a reflection of women making life choices and even that there are roles to which men are more suited. Just as insidious, however, is a more subtle and unconscious bias against women composers. As Eastburn observes:  ‘Unconscious biases…can take many forms, from asking questions about their personal lives rather than their music, to offering shorter or lighter commissions, or even (a real-life example) asking a famous female composer who had helped her with her orchestral piece, because she clearly couldn’t have done it all by herself.’

It would seem that such conscious and unconscious views are a product of hundreds of years of predominantly male musical history. The stupidity of allowing our judgements to be clouded by the past is evidenced, however, by how much progress we have actually made in the last forty years. If I think only of my native UK, the profession is effectively led by a woman, with Judith Weir as Master of the Queen’s music. I was lucky enough to receive tuition from her and another woman composer, Arlene Sierra, as a student. And more widely we have names such as Helen Grime, Tansy Davies, Rebecca Saunders, Errollyn Wallen, Cheryl Frances-Hoad and Charlotte Bray. There are many more.

This is what makes Susanna Eastburn’s argument so compelling. The point is, we have made progress, but not nearly enough. The statistics suggest that women composers are still being lost as they progress through the various stages of their training. But, conversely, when we realise the female talent that, against the odds, has managed to break through, the question becomes: what music are we losing because of our failure to support and promote women composers? As Eastburn says, ‘it’s not about tokenism, it’s about talent.’