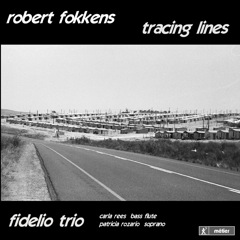 Many composers are inspired by their roots, some so much so it would be hard to imagine how their music would sound if they had been born elsewhere. South African Robert Fokkens is one such composer. His new disc of chamber music on Métier is everywhere infused with the spirit of his home country – its division and diversity, its language, its native music, even its wildlife. These aspects are manifested in a variety of ways: in elements of structure, melodic and tonal procedures and programmatic components. Fokkens is also, however, keenly aware of his antecedents in the Western classical tradition, and these play their part here too.

One of the most seminal influences on his style is that of South African Xhosa bow music. A number of the works on the disc, for example, make use of a type of rhythmic-melodic cycling common to this type of indigenous music. Sometimes this is presented with great restraint and economy, as in Ingwe from Mammals of Southern Africa. Sometimes these small ideas are made to bounce off each other whilst being worked up with joyful skill, as in the exuberant movement Mob of Meerkats from the same work. Microtones also appear, for example in the opening movement of Tracing Lines (which also contains a similar kind of rhythmic-melodic cycling), mainly for expressive inflection. There is also the extensive use of string harmonics, which Fokkens partly traces to the use Xhosa bow music makes of partials to create melody. The result is a musical surface full of capricious interest. Even when lines are comparatively simple, as in the agonised second moving of Tracing Lines, for example, there is often a harmonic aura that renders the simplest ideas otherworldly and strange. There is never a hint of banality.

It would, of course, be possible to attribute at least some of these stylistics traits to other acknowledged Western classical influences: cycling rhythmic cells, for example, might just as easily derive from Stravinsky or minimalism. Fokkens feels these types of dichotomies keenly, the question of identity being an important theme to him. What, for example, does it mean to be a white, classically trained composer, in predominantly black South Africa? What does it mean to be a South African working, as he is now, in Europe? This sense of schism works itself directly into the music. Irreconcilable Truths, for example, pits sections of violent stabbing chords, sul ponts and high-octane anguish against a simple ticking passage that again recalls Xhosa bow music. The two forces compete until the latter is expanded into a long and lovely coda. This musical duality, common in many of the works in the programme, never feels forced. It also has the side benefit of providing the listener with strong structural markers whilst never tiring the ear with too much of one thing or the other.

Also helpful is the economy with which Fokkens builds his structures. Inyoko Etshanini (‘Snake in the Grass’) pits high string harmonics against a bass flute, the two engaging in a simple but eerie dialogue. The interaction is subtle, gradual and very satisfying. Fokkens also extracts considerable traction out of seemingly unpromising musical ideas. Nine Solitudes, a set of studies for solo piano, for example, is built into a substantial and exciting whole out of a series of simple two-note chords.

Fokkens’ sense of his roots is most on display in the final piece in the programme, a moving setting for soprano and piano of David Diop’s poem Africa. As a South African abroad, Fokkens’ attraction to such a work should come as no surprise – the poem’s deep affinity for the continent is overlaid with a sense of isolation from it, though, if anything, the feeling of separation makes the connection even more potent. Beginning in incantatory fashion the music builds powerfully as the words describe the torment of a continent with ‘beautiful black blood spilt in the fields’. The ending is poignant; the last line, ‘The bitter taste of freedom’, an acknowledgement that emancipation brings its own difficulties and challenges. It is set separately and with great poise, a fittingly questioning end to a highly rewarding programme of music.