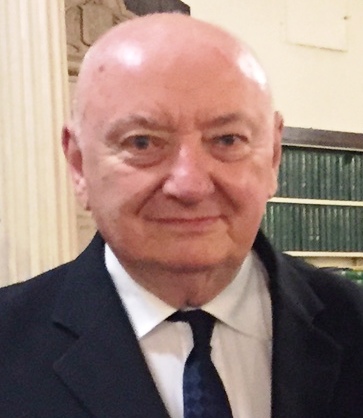 Robert Matthew-Walker is a fascinating figure. In the 60s he served in the army, including in North Africa, studied in Paris with Darius Milhaud and founded the Tunnel Club rock venue in Greenwich. In the 70s he worked for CBS records and subsequently founded several record labels of his own. He is also prolific as a broadcaster, author, critic and editor.

He is less well-known, however, as a composer, even though he has achieved considerable success in the field (listen to this fine recording of his Piano Sonata No.3, Op 34, for example). Matthew-Walker’s composing output, with some 150 numbered works to his name, is borne of formidable self-discipline—in a recent interview he described being inspired by Hans Keller, who worked from 1.30am–4.30, before starting a full day at 7.30am.

Matthew-Walker’s approach to composition owes much to his varied biography. His latest work A Bad Night in Los Angeles, for example, was inspired by a club experience in L.A.:

Following his outstanding recording of my fantasy-sonata Hamlet, Mark Bebbington asked me for a short solo concert work lasting about five or six minutes. I wanted to write something completely different and decided on a piece in modern disco-style, taking the essence of present-day dance music and transferring it to the recital room.

The title comes from a time, many years ago, when I was working in Los Angeles. One evening, I wandered into a nightclub to hear a new driving rock band, Azteca. I was astonished when they began their set with a modern-dance version of the opening sequence of the French composer Darius Milhaud’s Concerto for Percussion and Small Orchestra of 1930.

As I had studied in Paris with Milhaud, and knew the concerto well, I was taken aback. At first, it was a bad night for me in Los Angeles, but it turned out well in the end. I hope my piece does, too!

You can hear the premiere of Matthew-Walker’s A Bad Night in Los Angeles, his Fantasy-Sonata: Hamlet together with works by Schubert, Bliss and Beethoven at Bromsgrove’s Atrix on 3rd February.