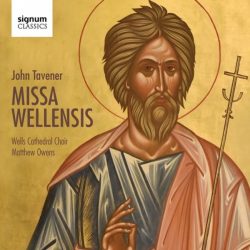 As a teenager I would spend many a happy hour with my head buried in the latest Deutsche Grammophon, Decca or Chandos catalogue, lusting after shiny CDs and the pleasures digitised into their perfectly polished surfaces. These days, if you are looking for something a edgy and interesting, the most well-known labels are not the places to look—they tend to concentrate on core classical repertoire, only venturing into the field of contemporary music where they can promote, and make money from, the latest fad. Happily, for the more adventurous there are plenty of newer labels who have stepped in to fill this gap. The range of music they offer can be bewildering.

A particularly happy recent discovery was the Norwegian label Lawo. I gave a full review to one of their CDs, a splendid disk of contemporary music for trumpet, not long ago. I didn’t, however, mention the plethora of other recent releases from them. These include The New Song, a collection of recent works for voice and piano performed by Marianne Beate Kielland (mezzo-soprano) and Nils Anders Mortensen (piano); works for oboe by Mozart and Norwegian composers Ketil Hvoslef and Harald Sæverud; a programme of saxophone music played by Lars Lien; music for wind octet by Gideon Klein, Johan Kvandal, Isang Yun and Magnar Åm; a selection of chamber music by British composer Laurence Crane; live music from the Huddersfield Contemporary Music Festival, including works by Liza Lim and Jon Øivind Ness; and a second album in a series that explores the chamber music of Ketil Hvoslef. I am still exploring these albums and might do another full review soon. In the meantime, I will just say that I own physical copies of all of the above, which in itself is rather a joy given the high production values and beautiful artwork.

Another label that is new to me is Navona Records, the classical wing of Parma Recordings, which, in their own words, ‘offers listeners a fresh taste of today’s leading innovators in orchestral, chamber, instrumental, and experimental music as well as prime pieces of classic repertoire.’ This seems hardly an exaggeration when browsing their latest releases: a selection of piano music by Robert Casadesus and Henri Dutilleux played by Cicilia Yudha; The Crossroads Project, a multidisciplinary project featuring the music of Libby Larsen and Laura Kaminsky; Between the Echoes, a showcase of recent chamber music by Daniel Burwasser, David DeVasto, Georges Raillard, Michael Lee and Allan Crossman; a programme of concert music by Lawrence Ball; chamber music by André M. Santos; and an album exploring the music of Michael Laurello.

And on other labels…

Naxos this month releases a new recording of Michael Nyman’s one-act chamber opera The Man Who Mistook His Wife for a Hat, featuring Ryan McPherson, Rebecca Sjöwall, Matthew Treviño and the Nashville Opera Orchestra; and  a disk of organ music from that often neglected Australian Master of the Queen’s Music, Malcolm Williamson. On Bridge Records James Levine conducts performances of Charles Wuorinen’s Eighth Symphony and Fourth Piano Concerto; and a disk of music for tuba played by Aaron Tindall. On Signum Records, finally, Wells Cathedral Choir conducted by Matthew Owens perform music by John Tavener. As well as established favourites such as Song of Athene it also contains several world premiere recordings, including Preces and Responses and They are all gone into the world of light.