The Importance of a Failure CV 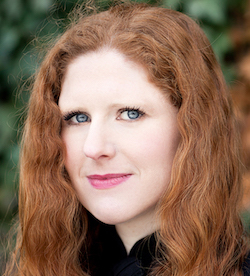 Do you have a composition website? Ah, the tedious art of self-promotion. If you’re anything like me, you try to put in every positive thing that you’ve done, that one decent newspaper quote you have, the few nice recordings. You know, generally give the impression that the world is beating a path to your door, begging you to write just one more symphony.

I spend a fair bit of time flicking round this type of website whilst writing these blogposts. One that brought me up short recently belongs to British composer Cheryl Frances-Hoad (see picture). If you know anything about her, you know that she is very talented and very successful. If you hunt round her website, however, you will find a wonderful little thing called a ‘Failure C.V.’ (I won’t give the direct link—doesn’t feel fair somehow). In it she lists all of her failures during 2016. The list is quite long.

I like this idea a lot. It’s easy to forget, especially when you are struggling to make any impact at all as a composer, how often it is necessary to fail. The world won’t beat a path to your door unless you put yourself about a bit and run the risk of being knocked back. And it provides a great example to composers starting out to realise that people higher up the artistic food-chain are also, to some extent, failures.

More than anything, however, I just liked the failure CV for its freshness, it’s honesty, it’s two-fingered, raspberry-blowing confidence. In this spirit, therefore, here is my 2016 failure CV:

—A chamber opera I entered for the The Bluegrass Opera competition didn’t win, though I did get some useful feedback.

—I was recently asked to contribute a piece at short notice to a concert, but didn’t think I had anything appropriate. Afterwards I discovered several pieces I could have submitted.

—I entered the Hendrix College Candlelight Carol Competition 2016 competition. My carol got to the last 10, but was eventually rejected.

—I entered a competition (I forget what) for chamber ensemble. Again not successful.

—I recently sent pdfs of two Christmas pieces, together with Soundcloud links to around 20 British cathedrals. I have had three polite responses and radio silence from everyone else. My Soundcloud page does not seem to have had any additional hits.

As you can see, my failures are less elevated than those of Frances-Hoad, which rather shows our relative position in the composerly pecking-order. My list is also rather short, which makes me realise that I need to fail a bit more. Therein lies success.