The Joy of Next 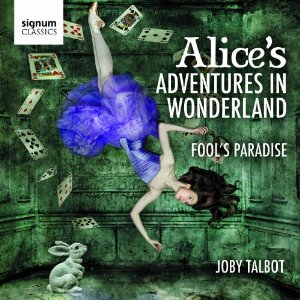 I’m a pretty ordinary music lover and a very conflicted composer. As a music lover I am just as likely to listen to Monteverdi, Purcell, Bach, Mozart, Beethoven, Berlioz or Mahler as I am to contemporary music. As a composer I’m conflicted because I recognise the power of the tonal canon but also love so much ‘difficult’ twentieth and twenty-first century music, am so constantly captivated by its strange sounds and ability to surprise. Here’s the thing, however: even if we limit our listening only to post-war classical music there is enough choice even to keep people as conflicted as me happy. Why then is the classical listening public so fixated on the past?

Take this month’s CD releases, for example, the range of style on offer is extraordinary, all of it of the highest quality. For those who like contemporary sounds, but don’t like its tendency towards formal abstraction, for example, try a new disc on Naxos featuring Samuel Adler’s Cantos and other works. Better known, perhaps, by musicians as the writer of a didactic tome on orchestration and a fearsome one on sight-singing, he is a composer of great organizational clarity. Some might argue that his music lacks a lightness of touch, but you could just as easily say that about several highly regarded Romantic composers. His Cantos, a series of works for solo instruments (on this disk are all those for strings), are very fine, less adventurous than Berio’s Sequenzas, certainly, but no less polished.

If you adore, as do I, the sounds of a composer pushing the technical envelope, of something that requires you to listen with different ears and an open mind, Penderecki is often a good bet. There is an excellent new disc of his three string quartets on Naxos paired with Lutosławski’s single quartet. The sound world of the first two totally avoids, as with many of his pieces at the time, conventional musical ideas in favour of instrumental sonorities. The effect, especially, in the first quartet is as exhilarating as listening to the visceral sounds of African drumming. The third quartet, on the other hand, is written in Penderecki’s more recent neo-Romantic style.

A composer whose style offers much for those who hanker after the world of tonality is Deirdre Gribbin, who has professed an interest in knitting together austere chromaticism with music that strongly uses elements of tonality. A good introduction to her engaging sound world is to be found in her new disk Island People, just released on NMC. Her music is influenced by Celtic myth, storytelling and folk tradition and displays an unwavering sureness of touch in relation to vocal writing.

Joby Talbot is composer perhaps best known for his film and television work, especially A Hitchhiker’s Guide to the Galaxy and the hit BBC comedies The League of Gentleman and Psychoville. He has also, however, worked with some of Europe’s leading choreographers, including with Christopher Wheeldon on a production for The Royal Ballet of Lewis Carroll’s Alice in Wonderland. A highlights disk of this score has just been released on Signum Classics. The music is quirkily tonal, unabashedly melodic, imaginatively orchestrated and virtuously (because it is well written) accessible. Some might argue that this delightful music isn’t properly ‘contemporary classical’, to which I would blow a very large raspberry. If you like any of the standard classical ballet repertoire – Tchaikovsky et al – you will love this.

There are other disks worth exploring this month: Esa-Pekka Salonen’s complete recording of Lutosławski’s Symphonies (only the recording of the first, however, is recent), a disk of Helmut Walcha organ music, more Penderecki in the shape of his Piano Concerto and Flute Concerto and Tim Brady’s Symphony No. 3 Atacama. I have dipped into and enjoyed them all. I am exhausted, however, by the need to summarize music in words, so invite you to go and have a listen, especially if you have Spotify.

And if my thumbnail portraits and final perfunctory summary seem only to scratch the surface, that reinforces my opening point. So often when I come to write these CD roundups I am bewildered, excited and overwhelmed by the volume, range and quality of new music that is available today. What composers are doing now, it seems to me, is creating a world of listening possibilities that, in our own time, is as varied as all of the music in the classical canon. If it makes ‘now’ an exciting time, imagine what it makes ‘next’.