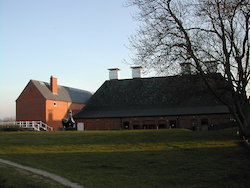 The Holland Festival explores cutting edge dance, film, music, opera, theatre, visual arts and multidisciplinary collaborations. This year Stockhausen is very much on the menu, the starting point being a screened documentary of the festival’s first performance of the composer’s notorious Helikopter-Streichquartett in 1995. That work appears in Mittwoch from the composer’s monumental Licht sequence of 7 operas. Highlights from Licht will be performed in three parts across the whole festival (see video trailer, below).

Austrian composer Thomas Larcher is composer-in-residence at this year’s festival. His works will appear throughout, with the world premiere of his Movement for Piano on 8th and the UK premiere of his opera The Hunting Gun from 7th–9th.

There will be tributes to Oliver Knussen, who was a key figure in the history of the festival, including performances of his Variations for piano,Scriabin Settings, O Hototogisu!, Prayer Bell Sketch, Ophelia’s Last Dance, Coursing and other chamber works. There is also a screening of a film that was originally made to mark the composer’s 50th birthday Oliver Knussen—Sounds from the Big White House.

Like the Holland Festival, St. Magnus offers much more than just music with theatre, dance, poetry, literature, visual art and the MagFest fringe. At its core however it is still very much a music festival. There is much established classical repertoire to enjoy and a good smattering of works by living composers, including by James Macmillan, Joan Tower, Alex Freeman and Arvo Pärt. There is also the chance to hear the premiere of Festival Director, Alasdar Nicolson’s Concerto for trumpet and strings Govan Stones, performed by Tom Poulson on 25th.