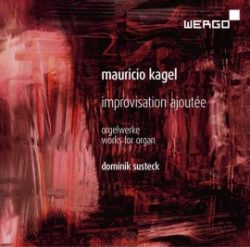 It was fascinating reading the responses of UK composers to Brexit on 16th July. So much so that I was inspired to write down my own thoughts in a post on my own website. If you’re at all interested I’d be delighted if you were to pay a visit.

A piece of good news came on 26th July. The Sounds Like Now crowdfund, a project to launch a new glossy magazine dedicated to contemporary music in the UK and Ireland achieved, and then surpassed, its £18,000 target. The team, lead by Dan Goren and editor Steph Power are now beavering away to produce the first edition, which should appear in November 2016. I’ll post a reminder when it comes out.

The Proms continue apace. If you have missed any of the premieres, why not take a look at CT’s guide, which I published here on 7th July. As a I speculated at the time, if you follow the link through to the Proms website, audio (and video where appropriate) of each concert is posted after the event. This makes this list a great way of catching up on premieres, as I have been doing today. I’d especially suggest that you pay the Michael Berkeley Violin Concerto a visit. An achingly beautiful work that has a pretty surprising final third—I won’t say why. I’m still not sure that it entirely works, but it’s certainly not boring.

There have been a number of interesting recent CD releases. If you are an organ aficionado, as I occasionally am, there are two disks that give very different perspectives of contemporary organ writing. On Signum Classics is a new album in their Hakim plays Hakim series, this time on the Schuke Organ of the Palacio Euskalduna, Bilbao. Naji Hakim is a delightful miniaturist, two of the works here, the Suite Norvégienne and Suite Françasie being collections of movements that are around a minute each. His style is traditional, what we might call quirkily tonal; in a work such as the Ouverture Libanaise, with its oleaginous  harmonies, popular tunes and fruity registration he’s not above flirting with what we might call the Wurlitzer school of organ playing. It’s deliciously entertaining.

Also delicious, but in a quite different way is Maurice Kagel’s Improvisation Ajoutée, a new recording of which has just been issued on Wergo. It’s not hard to see why the work caused something of a scandal when it was premiered in 1962. The organ writing in itself is novel enough: dense, dissonant and with a plethora of extended techniques. In addition to this, however, the player and his two assistants are also asked to make all manner of noises: ‘speaking, coughing, laughing, whistling, clapping, and above all loud groans and shouts.’ If you’re in the right frame of mind it’s great fun. If not, start by listening to a different work on the disk, Kagel’s own set of organ miniatures Rrrrr, which rather give the Hakim a masterclass in quirky attractiveness.

I mention en passant a new recording of Mahler’s Symphony No. 10. Whilst, obviously, not a new work, the significance of this particular recording, also on Wergo, lies in the fact that it is a new completion by composer and conductor Yoel Gamzou. I’m not in a position to compare its merits with the better-known Deryck Cooke version, but I’m sure that many will want to do just that.

A composer who remains a favourite of mine is William Mathias; his music, as I wrote in 2012, being brilliantly communicative. It’s great to see his discography continuing to expand, this time in a useful collection of his vocal music performed by St. Albans Abbey Girls’ Choir. It contains some of his best known works, including the carol sequence Ave Rex and the mystical As truly as God is our Father, but also lesser known pieces such as An Admonition to Rulers and premiere recordings of All the works shall praise thee and The Lord’s Prayer. The disk is currently available for pre-order on iTunes, with previews of each track to help you decide whether to stump up the quite reasonable £5.99.

Other recent disks to consider include a collection of piano music by Kenneth Hesketh on BIS, the most substantial piece of the programme, Horae (pro clara), lending its name to the album. On Wergo there is a first recording of the original version of Bernd Alois Zimmermann’s Symphony in One Movement, an important document given that he substantially rewrote the work after its much criticised first performance. There is a portrait CD and DVD of music by Ondřej Adámek, which contains nine works for a variety of instrumental setups, from an air machine to orchestra and choir; and, by way of contrast, a collection of works for solo flute by Violeta Dinescu. On NMC there is a collection of music by Mark Bowden, the orchestral works being played by the BBC National Orchestra of Wales, with whom Bowden is Resident Composer; and also a new album featuring works by Emily Howard. The Singing Bridge, finally, is a sound-work by Claudia Molitor written as a response to Waterloo Bridge.