Why We Should Hate Music 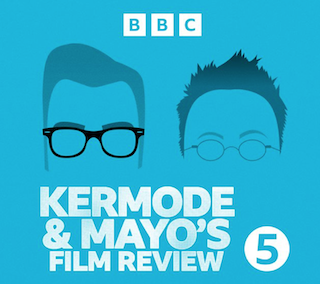 One of my favourite radio shows at the moment is Radio 5 Live’s Film Review Programme, dubbed Wittertainment by its devoted army of listeners (‘Hello to Jason Isaacs’). It’s hosted by Simon Mayo with Mark Kermode as its resident film critic, the two of them being a cross between a warring couple and father and son, the former trying to discipline a recalcitrantly loquacious latter. As well as listening to the most recent programmes, I am so addicted I have been trawling my way through their back catalogue. Here are some of Mark Kermode’s views I decided to scribble down whilst listening to an episode from 2011:

‘It’s like Annie Hall meets the grim reaper without the jokes.’ (on the film Restless)

‘Passable waffle whilst it’s there.’ (on Monte Carlo)

‘I did watch the whole thing and I didn’t enjoy it very much.’ (on Reuniting the Rubins)

These were written down in a random moment when the idea for this blogpost came to mind. They’re actually pretty anodyne. A really terrible film will provoke a full-scale ‘Kermodian Rant’, a stream of invective that is, nevertheless, elegantly-phrased, well-argued and based on a massive store of film knowledge. Here’s a classic example: Mark Kermode’s monumental dismissal of Pirates of the Caribbean 3.

The criticism is passionate, honest, well-informed, sometimes divisive and, frankly, not always right (though Kermode would disagree there). Listening to the programme I have been struck by the extent to which the passion, which cuts both ways (when Kermode likes a film he also really lets you know), sends me searching for a film, or at least adding it to my growing ‘to watch’ list. It has also made me seek out films in actual theatres, an activity that I was never that much interested in. I’ve recently paid good money for screenings of popcorn nonsense like Minions, Mad Max: Fury Road and Mission Impossible V and more thoughtful fare such as Conducta, Birdman and an arthouse screening of North by Northwest.

This reengagement with film is entirely down to good criticism. Which inevitably made me wonder why we don’t have this kind of energy in contemporary music criticism? I am not saying that it is terrible but, whilst there are certainly examples of scathing reviews, I more often have a creeping sense that critics are afraid to say exactly what they think. I read, for example, a recent thumbnail review of John Adams’ Absolute Jest in a national newspaper that said something along the lines of (I paraphrase) ‘I don’t subscribe so much to enthusiasm that others show for Adams music, but.…’ And so went on to give a generally lukewarm review. That opening phrase was actually pretty daring in the context of current criticism and I appreciated its honesty, but it had, nevertheless, a politeness that was crushingly dull. Why is this?

The first reason is, I think, is probably fair enough: criticising high art is, on the whole, a different proposition from criticising commercial art. With high art there is a level of competence in its execution that qualifies it to have that label in the first place. So a critic is probably right to be cautious in his approach, even if he should be constantly on the lookout for imposters: low art that is masquerading as high art. And I think the contemporary music scene has sufficient pretentious twaddle in it for critics to make things a bit livelier than they are. Why they don’t is probably down to the second reason, which I think is much less excusable: the fear of being called out for being wrong, ill-informed, or, God forbid, simply ‘not understanding’ dear boy.

Do you know what? It’s okay to have an opinion, to risk being wrong, and to have a gut reaction on one hearing alone. These are deep waters, I know, since I’m only too aware that challenging music, as in any form of art, sometimes requires effort to achieve understanding and even enjoyment. Gut reactions matter, however, if we are to have a lively public discourse. Inflamed, partial, even erroneous debate is healthy as, in the same way I have been inspired to go more to the cinema, it might lead curious audiences back to our concert halls.

What worries me is that currently all of the lively criticism is taking place behind closed doors. I’ve had some fabulous discussions with friends about recent Proms premieres, or the difficult music of old stalwarts. On one occasion I told someone close to me to turn off Boulez’s Structures II because I thought the music was so ghastly. A lively debate has since ensued that has opened my mind to some of his works (the magical Pli Selon Pli, for example), whilst rather confirming my opinion about others. At the other end of the stylistic spectrum someone recently said to me that they thought Steve Reich’s The Desert Music to be the greatest orchestral (ok it has voices too) work of the last four decades. I went back to it and found it monumentally pretentious and, actually, quite dull. I’m probably wrong, but as Kermode himself would say: ’Other opinions are available.’ Mine matter too.

I realise I am maybe criticising others for something that I am guilty of myself; I am often quite cautious about criticising other composers in this blog. Actually I think this is probably right and proper. Whilst figures of the stature of Boulez and Reich can take care of themselves, this forum is a place for encouraging and supporting composers. And I don’t consider myself a critic. What I can’t help wishing, however, is that the real critics had a bit more Kermodian wit and verve. A livelier discourse might lead to a bit more enthusiasm about new music. In the meantime maybe it’s incumbent on the rest of us to have and to share strong opinions about the music we listen too. We really don’t have to like everything or, worse, pretend we understand everything. It’s time for us to have the courage to hate music.