Why we shouldn’t worry about the future of opera 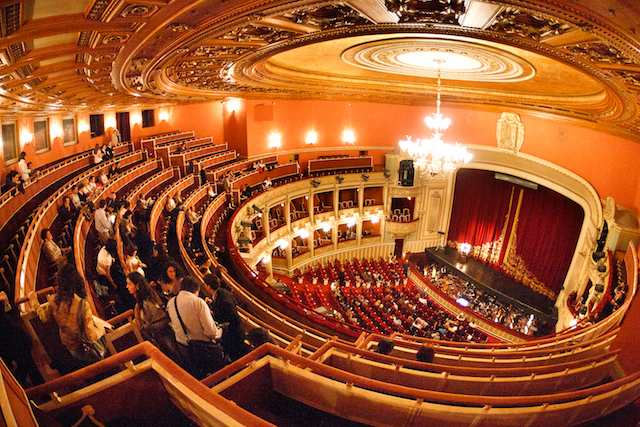 After spilling more than a few column inches over the Tête à Tête Opera Festival I thought, today, that it was probably time to move on.

Then I came across a provocative article by Anne Midgette at the Washington Post entitled ‘New opera wants the same appeal as television. If only it could be as smart.’ It felt unnecessarily glum.  In it she says (quotes in italics):

Last week, on a number of occasions. See my review. Whilst one of the operas I saw did not really qualify as a dramatic work and another was just ghastly, the other three ticked those boxes very nicely. I don’t think she’s necessarily wrong that some new operas are awful (weren’t they always?—think how many old operas are now justifiably forgotten), it’s just I don’t think that they all are.

The idea shouldn’t be “We have to find a good story and tell it through arias and ensembles.” Rather, it’s the arias and ensembles and other musical elements that create and define the “story.” I love Verdi’s “Il trovatore,” but it’s certainly not because of the plot.

I wonder of if Midgette’s love of Il Trovatore, especially when set aside her recent review of The (R)evolution of Steve Jobs, suggests that she might be missing something here? Music renders an undramatic opera lovable precisely because it can be enjoyed in its own right. I can’t particularly see the harm in any contemporary composer writing an undramatic work with music so beguiling that it is as compelling as Il Trovatore. Her effusive praise of Mason Bates’s score to The (R)evolution of Steve Jobs, whilst simultaneously panning the drama, would seem to put that work precisely in the Il Trovatore tradition. Is that to be despised?

With the emphasis on telling stories, opera is in effect trying to set itself up as an alternative to television — which is only setting itself up for disappointment…But opera could learn things from contemporary television’s success that could help make it more dramatically effective to a contemporary audience. One is not to remain fettered by formulas but, rather, to transform them, as television has reconceived the miniseries or the sitcom (“Veep”).

I don’t object to the idea that old conventions may be reimagined in order to make opera more relevant for modern audiences. But I don’t buy into the idea that, on the one hand, composers are not already doing this—none of the operas I saw at Tête à Tête was conventional in its approach—or, on the other, that the older forms are inherently undramatic—plenty of recent composers have derived great dramatic impetus essentially working within them (Britten and Henze, for example).  In this sense I’m not sure what television teaches us.

“We need to explore new ways of getting operas out there.”

Here Midgette makes the point by quoting librettist Royce Vavrek, who is doing just what she is suggesting—using new approaches to get their works into the public domain. In this case, he is ‘working on a series of short opera movies with several notable composers.’ She also mentions Yuval Sharon’s Hopscotch ‘which played out in cars on the freeways of Los Angeles, with audience members as passengers.’ To this I could add a composer friend of mine who wrote a rather brilliant pop-up opera sung spontaneously in a café, or the podcast opera and opera on a train at Tête à Tête. Not to mention the fact that operas are now regularly screened at cinemas and on television—I recently saw the Aix en Provence production of Bizet’s Carmen in this way (great performance, strange production, I thought).  In essence, again, I’m not sure what television is supposed to teach us. Opera has already moved with the times.

The truth, it seems to me, is not that the operas the Midgette has seen and disliked are insufficiently innovative. It is, rather, that they are not good operas. The old adage holds true: in opera, as in all types of art, there are only two types—good and bad. Innovation is not, in itself, a sign of relevance.