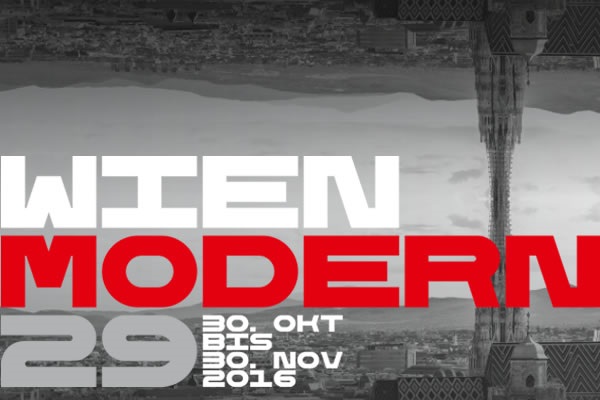 Where do we come from? Where are we going? And where the heck are we, anyway? These are the final questions that form the focus of the first edition of Wien Modern under its new artistic direction.

Music has always dealt with big questions such as the quest for the meaning of life, farewell, death and darkness. There is something comforting in that, given the daily headlines of war, conflict and catastrophe. Life is not always fun – such a simple truth formed the basis of «serious» music even in Schubert’s and Mozart’s time. As Nestroy said: «The world won’t last long.» And Karl Kraus – or was it Gustav Mahler? – was reported to have said: «If the world ends, then I’ll go to Vienna. Everything always happens 10 years later there.»

It is no coincidence, then, that some of the forebears of contemporary music in Vienna explored the final questions – from Mahler’s Ich bin der Welt abhanden gekommen to Schoenberg’s Second String Quartet – «O du lieber Augustin, alles ist hin». And it’s even less of a coincidence that many of our contemporaries, from Vienna to Sydney, examine identity crises, and contemporary events of shock and mourning – using the mysterious possibilities of new music.

With 88 concerts in all at Wien Modern 2016, we invite you to take the pulse of the state of contemporary music today and its Viennese forefathers. From the serious to the ironic, from the melancholic to the angry, from the pitch black to the brilliant gold, from the puristic to the eclectic, the experimental to the simply beautiful, from music for young audienes, for hard-core fans or simply the curious, from the works of Mahler, Schoenberg, Ravel and Satie to 55 world premieres or first Austrian performances – the programme is full of contrasts, has something to offer for all generations and is inclusive. This year’s Festival also uses the striking number of significant birthdays of famous composers – Friedrich Cerha, Karl Schiske, György Kurtág, Hans Zender, Steve Reich and Sofia Gubaidulina –, to take a look at the existential side of new music.

In three spectacular projects, the complete string quartets of Birtwistle, Schoenberg and Shostakovich will all be performed (in the case of the latter, in a simultaneous walk-in concert). In addition, there will be large orchestral concerts, chamber music concerts, media art, music theatre, a sound installation, various excursions into the fascinating world of improvised and electronic music in Vienna and elsewhere, as well as a panoply of accompanying events. This year’s festival will be held at 21 different venues – from St. Stephan’s Cathedral, the main cemetery and the Main Hall of the Musikverein, to coffee house cellars, the Semperdepot, the Gemäldegalerie, and from brut to the festival headquarters of the Wiener Konzerthaus itself – over a period of 31 days.

And a video summary (German required):